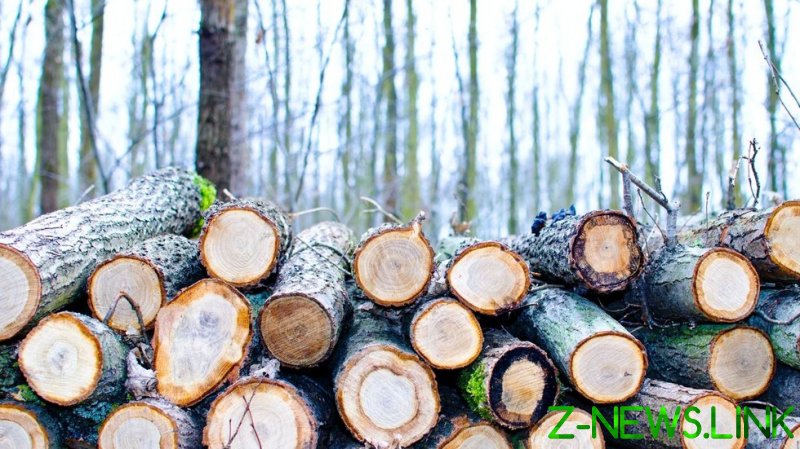 “Firewood is, undoubtedly, an interesting commodity for exports, especially for the European Union’s market. In this heating season, they fall short by 70 billion cubic meters to cover their needs until the Nord Stream 2 gas pipeline gets up and running,” Igor Chalenko told a press conference this week.

While Ukraine is among the continent’s top 10 forest-rich states, “the EU is considering firewood as an energy product,” Chalenko said, adding that the current situation with forest felling in western Ukraine is dire, but that Kiev may nevertheless soon lift the ban on massive timber exports to Europe for additional profits.

“The moratorium’s removal is a condition for Ukraine to receive a 600-million-euro tranche from the European Commission. Accordingly, our export of timber in all positions can only increase,” Chalenko said. He added that the step could badly affect the country’s timber processing industry, which has shown significant growth in recent years.

Authorities in Kiev signaled that they intend to lift the current moratorium on timber exports to the EU earlier in October, calling it a “trade irritant.” However, in order to do so, Ukraine intends to create a transparent timber trade system, introducing fines for illegal forest felling and the purchase of illegal timber from Ukraine by European companies.

Ukraine has experienced a shortage of firewood due to energy price hikes. Firewood prices in the country have jumped recently from 50% to 200%, Chalenko said.
Combined with the shortage of coal and gas, Ukraine itself might face serious problems in the current heating season, including sweeping blackouts and an increase in tariffs for both households and industry.

According to Mikhail Volynets, the head of the country’s miners’ union, there are 565,000 tons of coal in the warehouses of thermal power plants, which is 88,000 less than the country needs. Natural gas reserves in Ukraine’s storage facilities stand at 18.8 billion cubic meters, 9.4 billion cubic meters less than last year. And with Russia’s decision to stop deliveries of thermal coal to Ukraine from November 1, Volynets says the prospect is far from optimistic.