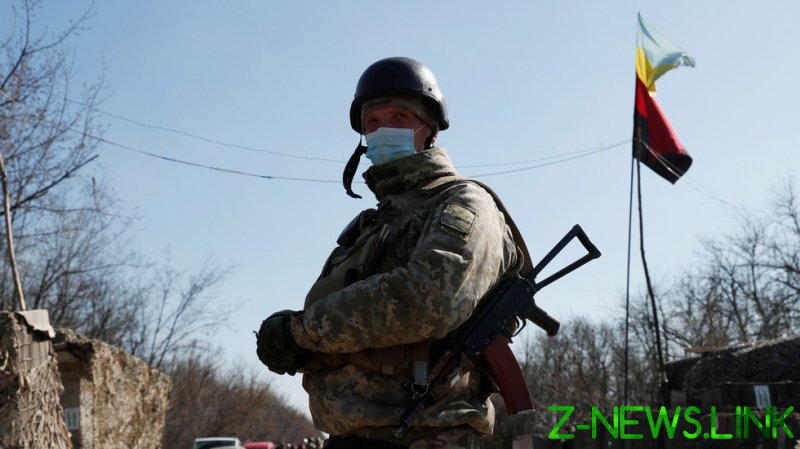 “It is enough to look at the statements of the top officials of the state: they show that [Kiev] is not seeking to fulfill the Minsk agreements,” the president said.

A new legislation currently being considered by the Ukrainian parliament, dubbed ‘On the transition period’, is particularly troubling, Putin stressed. Its adoption would “de-facto mean the unilateral exit of Ukraine” from the Minsk Protocol signed by Kiev, Moscow, and the self-proclaimed republics of Lugansk and Donetsk back in 2015. Among other things, the law envisions “de-occupation” of the breakaway territories, explicitly branding the self-proclaimed anti-Kiev authorities and troops “occupants.”

“Hopefully, Mrs. Merkel will put pressure on the Ukrainian authorities and the legislation won’t be adopted,” Putin said.

While international parties have repeatedly stressed that the Minsk agreements, mediated by France and Germany, remain the only option to end the enduring bloodshed, their implementation has been long-stalled. In fact, the warring parties even failed to establish a solid ceasefire, with low-intensity fighting still continuing in the region.

While the agreement envisions re-integration of the breakaway territories back into Ukraine, Kiev authorities have effectively demanded that the self-proclaimed republics surrender, insisting that Ukrainian forces should regain control over the border with Russia. The border has been under control of the rebel republics since 2014, when the years-long conflict in eastern Ukraine broke out following the bloody ‘EuroMaidan’ events in Kiev.