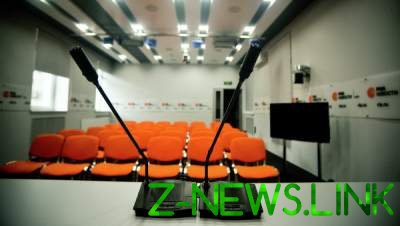 Physicians believe that this season the flu epidemic is more dangerous than in the past.

Thursday, October 26, at 13.00 will take place press-conference on “the Coming epidemic of influenza may be more dangerous than last year”. Sick with the flu every year millions of Ukrainians, just last year due to complications killed more than 170 people. This epidemiological season in Ukraine will circulate three strains of influenza — A/H3N2/Hong Kong/Brisbane and new for Ukrainians A/H1N1/Michigan.

The Ministry of health of Ukraine said that the epidemic is likely to not be avoided. Doctors expect more than a large-scale epidemic of influenza and SARS than in 2016-2017. Last season was 6.2 million cases, most of them children.

“Surveillance for influenza, data on the immunity to the disease in healthy people and low percentage of vaccination of the population, plus the deterioration of the socio-economic situation in Ukraine allows to predict the increase in the number of cases by 14%,” — said the Ministry of health.

In season 2017-2018 expected three strains, including two type A and one type B. Of the type A is the most dangerous H1N1, H3N2, too dangerous, but still not as much as H1N1. Which of these strains would dominate the Northern hemisphere, the doctors still are not sure. The peak of mortality from complications looming on the Ukraine flu, falls in people aged 25-50 years, and are at risk of not only the elderly and children, so the best defense is vaccination, sure infectious disease physicians.