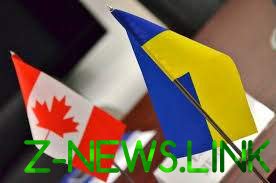 Joint project needs to strengthen the friendly relations between the two countries.

The Ukrainian authorities are invited Canada to participate in the construction of Ukrainian munitions factory.

This was announced on Tuesday, September 26 Minister of defense Stepan Poltorak on the results of negotiations with Minister of national defence of Canada Hargita Singh Sajjan.

Canadian officials is in Kiev on an official visit.

“We would like to Canada contributed to the construction of a munitions factory in Ukraine”, – said Poltorak.

According to him, “the negotiations on this issue continue.”

In addition, according to the Minister, addressed the issue of supplies of canadian weapons and equipment for the APU.

In July, President Petro Poroshenko has proposed to build in Ukraine a plant for the production of ammunition. The company will be able to produce cartridges as the NATO caliber, and the former Soviet Union. The implementation of this task is planned to allocate UAH 1.4 billion (about $54 million).