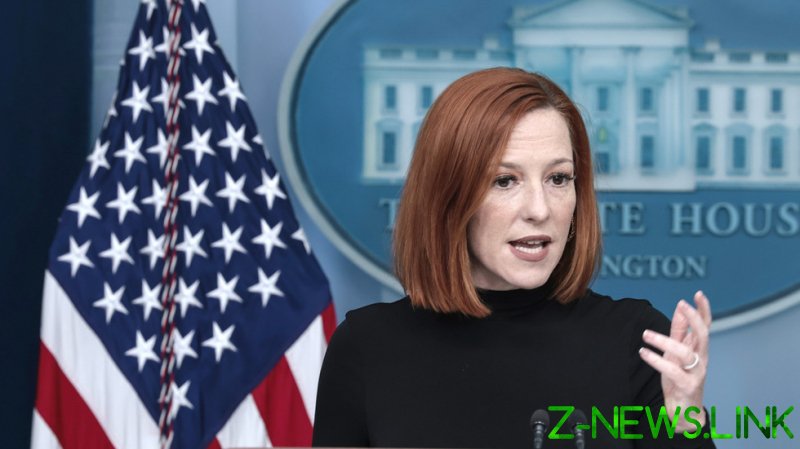 The US government is no longer using the word ‘imminent’ in its narrative around the alleged Russian ‘invasion’ of Ukraine, White House spokeswoman Jen Psaki told reporters, on Wednesday, explaining that it was sending an unintended message.

“I used it once. I think others have used that once, and we stopped using it because I think it sent a message that we weren’t intending to send, which was that we knew that President Putin had made a decision,” Psaki said at a press briefing.

“I would say the vast majority of times I’ve talked about it, I’ve said he could invade ‘at any time,’” she added.

Psaki’s remarks come after the US envoy to the UN backtracked from the use of ‘imminent’ in an interview with NPR aired on Tuesday.

“No, I would not say that we are arguing that it’s imminent,” Ambassador Linda Thomas-Greenfield told the broadcaster.

The official transcript of Psaki’s January 25 briefing says otherwise, however. Asked whether the Russian invasion of Ukraine – which the US media and intelligence agencies have claimed since late October would happen any day now – was still “imminent,” here’s what Psaki had to say.

“When we said it was imminent, it remains imminent,” she told one reporter.

“Well, ‘imminent’ has a pretty intense meaning. Doesn’t it?” she said in answer to the very next question.

“And it’s still the belief that it’s imminent?” was the followup, to which Psaki replied, “Correct.”

Since then, however, Ukrainian media have floated a theory that the whole thing was a big misunderstanding, since there was no exact translation for ‘imminent’ in Ukrainian. The explanation was picked up by Politico, which also claimed that the word was mistranslated as ‘inevitable’ to Ukrainian President Volodymyr Zelensky.

However, Zelensky’s native language is Russian, which translates the term – derived from Latin – just fine.