Ukraine in SCCC issued a sharp accusation of the militants 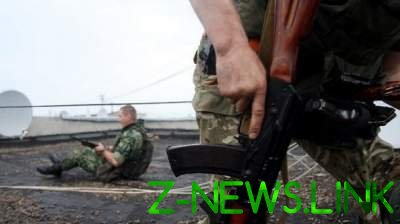 Ukrainian military, in turn, continue to fulfill the Minsk agreements and adhere to the regime of silence.

The Ukrainian side in the Joint center control and coordination on ceasefire (SCCC) noted a gross violation of the truce in the Donbass. Militants continue to bombard the Ukrainian military. This was reported on the page of the headquarters of the ATO in Facebook.

Ukrainian officers at the JCCC informs that the militants ORDO in the first day of the new year has violated its obligations to respect the cease-fire, applying the weapon, which is prohibited by the accords. The militants repeatedly attacked the positions of AFU.

Kiev accused the leaders of the militants of the so-called “LNR” and “DNR” of failing to adhere to assumed any obligation and their interest in further escalation of the conflict.

“Division of the APU in the area ATO on the territory of Donetsk and Lugansk regions certainly adhere to Minsk agreements and ensure that all the activities in observance of the “silence regime” along the line of demarcation, despite the dirty provocations of Pro-Russian terrorist forces” – said the Ukrainian side of the JCCC.