Home / WORLD / Ukraine hints at when Putin and Zelensky could meet

Ukraine hints at when Putin and Zelensky could meet 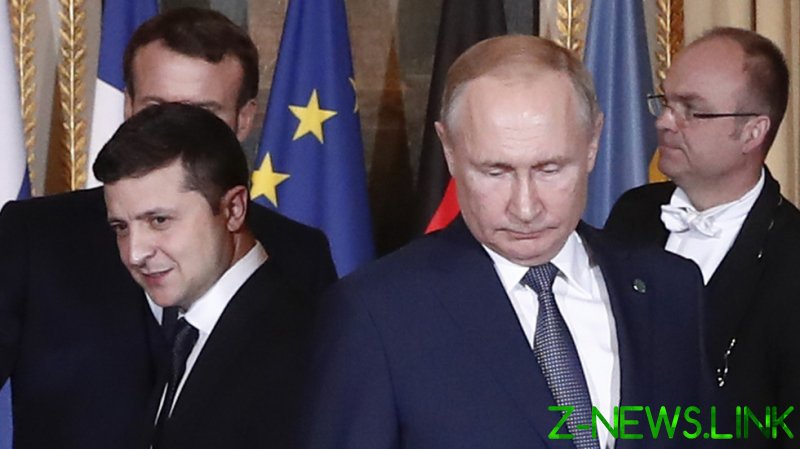 Ukrainian President Volodymyr Zelensky could meet Russian President Vladimir Putin “in the coming weeks,” Zelensky’s aide, Mikhail Podolyak, said on Thursday. The meeting, however, could happen only when a “peace treaty” between Kiev and Moscow is signed, he said.

“As soon as the work on the agreement is completed, we will start organizing the meeting. It will happen in the coming weeks. The location, however, does not matter to us. It can be anywhere, except for Russia,” Podolyak told Wirtualna Polska portal in an interview.

Finalizing the peace deal could take some time, ranging from several days to a week and a half, the official claimed. Currently, both Ukrainian and Russian sides are “insisting on their view points,” he admitted.

“An immediate withdrawal of the Russian troops is one of the key aspects of the peace deal. However, negotiations are a large-scale process involving not only Russia and Ukraine. Poland, among others, takes part in it. It is not just about signing the agreement. We want to develop a specific mechanism that will guarantee our security in the future,” Podolyak explained, suggesting that even reaching the deal would not mean the end of the conflict.

Russian and Ukrainian delegations have held several rounds of talks since the beginning of the ongoing hostilities late in February. The negotiations have failed to yield any tangible result yet, except for Kiev and Moscow finding common ground on organizing humanitarian corridors to evacuate civilians from the war zones. 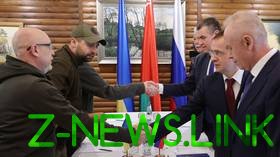 “Significant progress” in the peace talks was reported by the Financial Times on Wednesday, with the newspaper claiming the two sides were discussing a 15-point draft plan, involving the withdrawal of Russian troops and Ukraine becoming a neutral state under the protection of Western allies.

The report, however, was refuted by Moscow, with Kremlin spokesman Dmitry Peskov dismissing it as a false one and promising to update the public should any actual breakthrough in the negotiations be reached. Kiev dismissed the FT report as well, with Podolyak claiming the 15-point plan reflected Moscow’s demands and nothing more.

Moscow attacked its neighbor last months following a seven-year standoff over Ukraine’s failure to implement the terms of the 2014-15 Minsk agreements, and Russia’s eventual recognition of the Donbass republics in Donetsk and Lugansk. The German- and French-brokered protocols had been designed to regularize the status of those regions within the Ukrainian state.

Russia also outlined the goals to “demilitarize” and “denazify” the country. Kiev maintains the Russian offensive was completely unprovoked and has denied claims it was planning to retake the two republics by force.