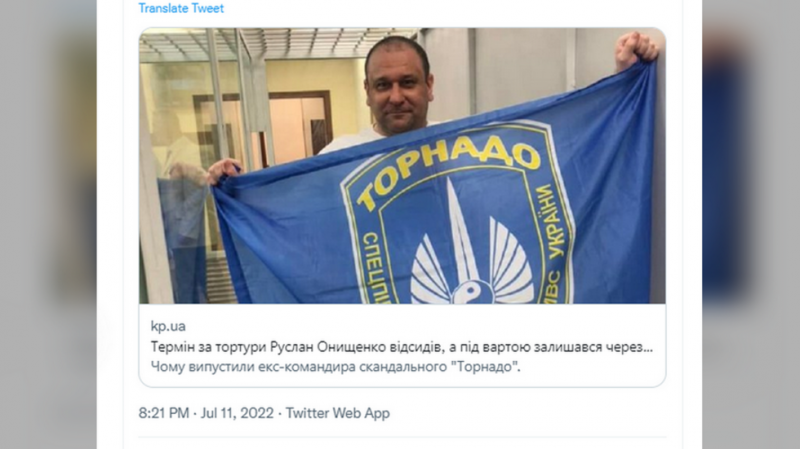 Ruslan Onishchenko, former commander of the notorious Ukrainian Tornado battalion, whose fighters were convicted of torturing people in Donbass, has reportedly been released from jail and may join the fight against Russia.

Ukraine began selectively releasing inmates who want to serve on the frontline shortly after Moscow attacked the neighboring state in late February.

The now-disbanded Tornado unit was formed in 2014 to fight for Kiev during the conflict in Donbass. Despite the unit’s designation as a volunteer police battalion, former felons were allowed to become members. Onishchenko had three prior convictions before joining the unit.

In 2017, a Kiev court sentenced Onishchenko to 11 years in prison for kidnapping and torture. Several of his fellow fighters also received jail sentences for kidnapping, torture, rape, and looting.

On Monday, Roksolana Khmara, the wife of former MP Stepan Khmara, wrote on Facebook that Onishchenko was released under the guarantees of her and her husband.

Khmara posted a photo of Onishchenko in a Kiev courtroom, while claiming his sentence had been politically motivated. 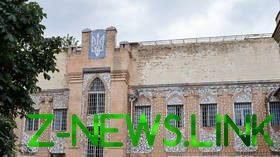 Newspaper ‘KP v Ukraine’ said that Onishchenko had asked to be allowed to join the fight against Russia.

According to the paper, Onishchenko’s original sentence had been commuted in accordance with a 2015 law that says one day spent in pre-trial detention counts as two days in jail. However, the former commander remained behind bars while awaiting trial for a 2018 prison riot.

“Nearly all of the battalion’s members are now back on the frontline, fighting in various units of the Ukrainian Armed Forces,” Viktor Pandzhakidze, the ex-spokesman for Tornado, told the paper.