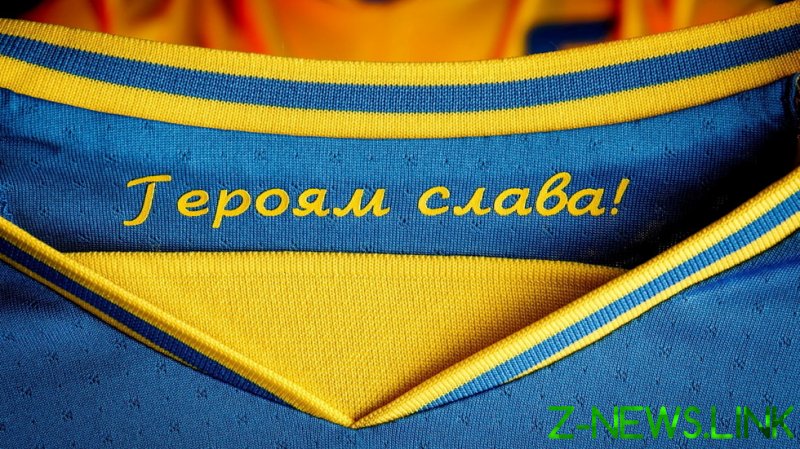 Writing on Facebook, the head of the Ukrainian Association of Football (UAF), Andrey Pavelko, said “Slava Ukraini!” [Glory to Ukraine!] and “Heroiam slava!” [Glory to heroes!] had been given official status, following a unanimous vote of the association’s executive committee.

The two phrases have a long history in Ukraine, dating back to the 1800s. However, in the 20th century, they gained nationalistic, far-right connotations. Both of the slogans were used by members of the Organization of Ukrainian Nationalists (OUN) and the Ukrainian Insurgent Army (UPA), groups that fought alongside the Nazis in World War II and played significant roles in the Holocaust.

In recent years, the government has tried to rehabilitate the phrases and has made them the official greeting of the country’s army.

According to Pavelko, ‘Glory to Ukraine!’ and ‘Glory to heroes!’ have been used by “millions of fans” for many years.

On Monday, the Ukrainian football association upset Jewish groups and sparked outrage in Russia when it released the latest design of the country’s kit, emblazoned with the two rallying cries. Just three days later, on Thursday, European football governing body UEFA demanded that one of the phrases – ‘glory to heroes’ – be removed from the shirt, as, when put together, the two phrases are considered political.

READ MORE: Why are Ukraine’s Euro 2020 shirts causing such anger & how are they connected to WW2 Nazi collaborators & Holocaust perpetrators?

‘Glory to Ukraine’ by itself was determined to be generic and of general national significance, but the “specific combination of the two slogans is deemed to be clearly political in nature, having historic and militaristic significance,” UEFA said.

On Friday, the Ukrainian Association of Football also agreed on new symbols, including the national trident in the center of an outline of the country’s borders, which included the disputed Crimean peninsula.