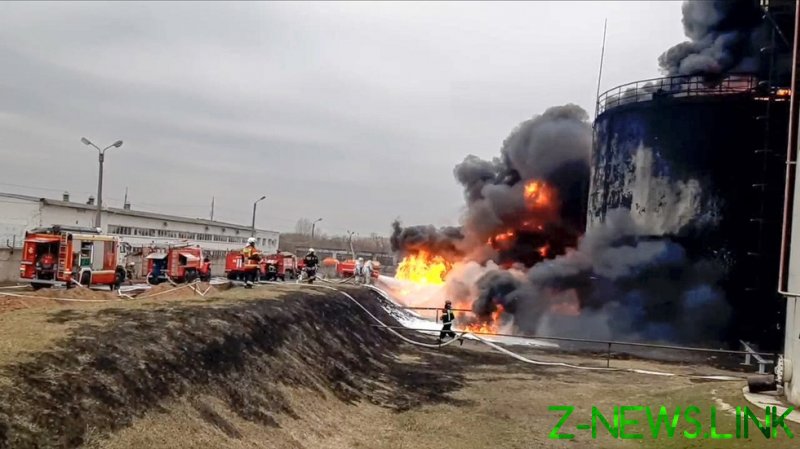 Kiev has denied any involvement in the overnight attack on an oil depot located on the outskirts of the southern Russian city of Belgorod. Any allegations that it was staged by the country’s military are untrue, Ukrainian Secretary of the National Security and Defense Council Alexey Danilov said late on Friday.

“For some reason they say that we did it. In fact, this is not true at all. We do not comment on this,” the official stated.

Shortly before Danilov’s remarks, the Russian Defense Ministry pinned the blame for the incident on the Ukrainian military. The oil depot was a strictly civilian facility and was not affiliated with the country’s military in any fashion, Ministry of Defense spokesman Major General Igor Konashenkov said during a news briefing.

“Two Ukrainian Mi-24 helicopters entered Russia’s airspace, flying at an extremely low altitude. Ukrainian helicopters launched a missile attack on a civilian oil depot located on the outskirts of Belgorod. As a result of the missile hits, several tanks were damaged and caught fire,” Konashenkov stated. 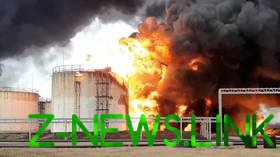 The oil depot came under attack early on Friday, with footage available showing two Mi-24 helicopters pelting the facility with multiple unguided rockets. The attack sparked a major fire at the depot, which firefighters have been fighting throughout the day. In a separate incident, a power line and a residential house were damaged in the Belgorod region later in the day after several unidentified projectiles landed on Russia’s territory. Neither of the incidents resulted in any victims.