Home / sports / Ukraine – Croatia. The announcement of the match

Ukraine – Croatia. The announcement of the match 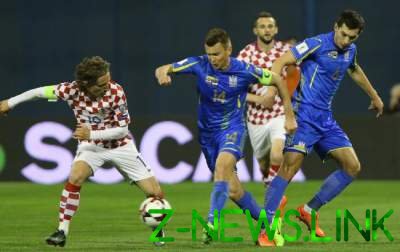 The national team of Ukraine in Kiev in the match with Croatia will compete for the right to play in the play-offs for the world Cup in 2018.

For a decisive match of the qualifying round Ukrainian team choice with a clear task – win over Croatia guarantees second place (Iceland beat Kosovo in this there is no doubt), any other result leaves the “blue-yellow” with no chance to play at the world Cup.

In the match against Kosovo optional yellow cards received Ordets and Kravets. If the position in the centre of defence is ready to close Rakitskiy, with the attack the team have big problems. In a Shevchenko were only Besedin, which is the basic Dynamo.

It is possible that in a difficult personnel situation, the coaching staff of national team of Ukraine will be solved in the experiments and will enter the match with Croatia without a nominal striker and naturalized Marlos will take the position of playmaker. Formally, at the point of attack can play Garmash or Kovalenko, and on the flanks of the attack will be familiar to solo Konoplyanka and Yarmolenko.

Croats, sensationally missed the win over Finland, almost lost the chance to qualify for the world Cup. The local football Federation decided not to wait for the completion of the qualifying round and before the match with Ukraine was fired Ante Cacica and entrusted the national team Zlatko Dalico.

It is difficult to say in whose favor this situation. In any case, the Croats know that a draw will not be a disaster for them, but because Dalits will surely be offered the national team of Ukraine cautious football with the hope of counterattack in the second half, when the hosts will have to open up and run forward.