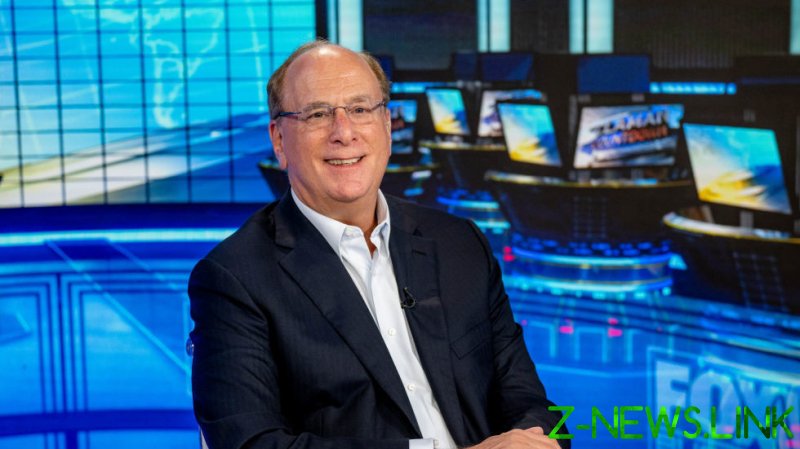 BlackRock CEO Larry Fink, whose firm oversees investments equivalent to about half of US GDP, has predicted that efforts to punish Russia over its invasion of Ukraine would lead to the unraveling of globalism as decision-makers reconsider their foreign vulnerabilities.

“The Russian invasion of Ukraine has put an end to the globalization we have experienced over the last three decades,” Fink said on Thursday in a letter to investors. “We had already seen connectivity between nations, companies and even people strained by two years of the pandemic. It has left many communities and people feeling isolated and looking inward. I believe this has exacerbated the polarization and extremist behavior we are seeing across society today.”

Western nations responded to the Ukraine crisis by launching an “economic war” against Moscow, including the unprecedented step of barring the Russian central bank from deploying its foreign currency reserves, Fink noted. Capital markets, financial institutions and other businesses have gone beyond the sanctions imposed by their governments, cutting off their Russian ties and operations.

“Russia’s aggression in Ukraine and its subsequent decoupling from the global economy is going to prompt companies and governments worldwide to re-evaluate their dependencies and re-analyze their manufacturing and assembly footprints – something that Covid had already spurred many to start doing,” Fink said. As a result, he added, companies will move more operations to their home countries or to neighboring nations, leading to higher costs and prices.

The Russia-Ukraine conflict has “upended the world order” that has been in place since the Cold War ended and will require BlackRock to adjust to “long-term structural changes,” such as deglobalization and higher inflation, Fink said. He added that central banks will have to either accept increased inflation – even beyond the 40-year high that was set last month in the US – or reduced economic activity and employment.

New York-based BlackRock handles $10 trillion in assets, making it the world’s largest money manager, so Fink’s views are closely watched by investors. In fact, the billionaire wields so much financial clout that his thoughts can be self-fulfilling, to some degree. Among other implications, he said he sees the Ukraine crisis accelerating the development of digital currencies and speeding the shift away from fossil fuels.

“The ramifications of this war are not limited to Eastern Europe,” Fink said. “They are layered on top of a pandemic that has already had profound effects on political, economic and social trends. The impact will reverberate for decades to come in ways we can’t yet predict.”

Although Fink and Russian leaders don’t see eye-to-eye on the Ukraine conflict – the money manager blames Moscow for causing the crisis – they agree that the world order is changing. Russian President Vladimir Putin said last week that sanctions against Moscow mark the end of an era, portending an end to the West’s “global dominance” both politically and economically. Ex-President Dmitry Medvedev echoed those comments this week, saying, “The unipolar world has come to an end.”