Ukraine could use US rockets to provoke war in Donbass – Moscow 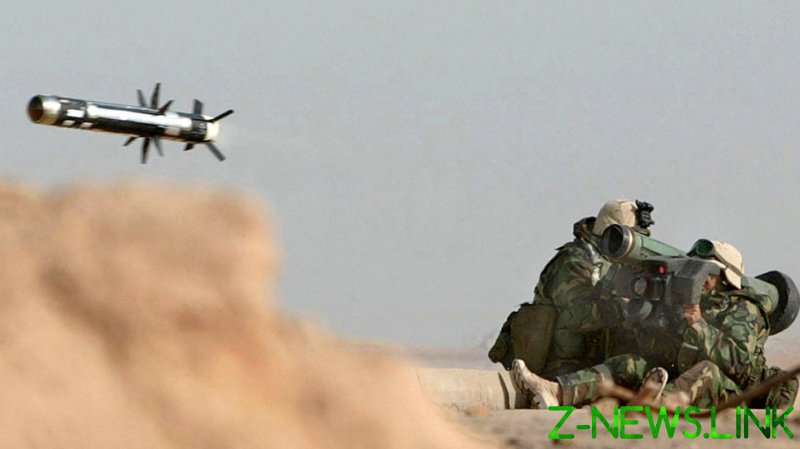 Speaking to reporters on Monday, Foreign Minister Sergey Lavrov said that claims Kiev’s troops had deployed American-made Javelin rocket launchers were a concerning development. “In recent weeks, we have seen a stream of consciousness from the Ukrainian leadership – especially when it comes to the military – that is excessively inflamed and dangerous.” According to him, the belligerent rhetoric could lead to provocations on the ground.

His comments come just hours after an interview with the head of Ukraine’s military intelligence service, Kirill Budanov, was published by the US-based Military Times. In it, the defense chief revealed that Javelin had been tested by Kiev’s troop’s and was being used by soldiers in the Donbass. While the US provides ‘non-lethal’ aid to the country and sells ammunition to it, analysts have speculated that the weapons system could have been donated or provided at a discount given its high cost.

READ MORE: Russia issues warning to US over Ukraine

Earlier this month, Russia’s ambassador to the US warned Washington that providing lethal arms to Ukraine could destroy any hopes for peace in the Donbass. In a statement, Anatoly Antonov said that “plans to supply weapons to the regime in Kiev will only worsen the situation in southeastern Ukraine. We believe that another opportunity to encourage Kiev to stop the war has been missed.”

Ukrainian troops have been locked into an armed standoff with rebels loyal to two breakaway self-declared republics in the wake of the 2014 Maidan. Kiev accuses Moscow of financing and arming their troops, and has refused to directly negotiate with leaders in Lugansk and Donetsk. Last week, Lavrov’s ministry published a series of documents aiming to prove that Russia and Germany had opposed plans for Ukrainian leaders to negotiate with the separatists directly, which his officials say is in contravention of previous peace deals.