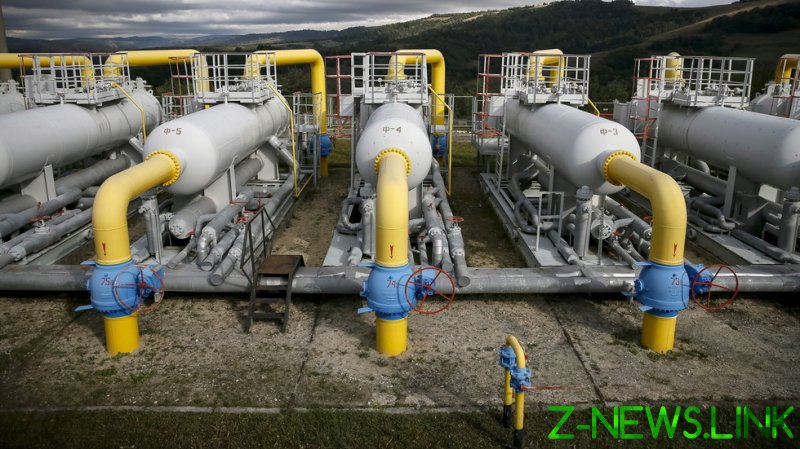 “We could have pumped 38 billion [cubic meters of gas into the storages] …and we would not have a crisis in our country now,” Tymoshenko told Nash TV Channel. She also denounced the crisis her nation might likely face in the coming winter due to gas and coal shortages as “man-made.”

The politician argued that, in summer, gas was “six times cheaper” than it is marketed now. “We would all have had gas, power and electricity at minimal prices,” she argued. Earlier this week, the price of natural gas in Europe surpassed $900 per thousand cubic meters, for the first time since October.

Previously, Ukraine’s ex-economy minister, Viktor Suslov, warned that up to 91% of Ukrainian companies might fail to pay their gas bills due to high prices and would be forced to cease operating. Ukraine’s Analysis and Strategy Center, meanwhile, even suggested increasing the nation’s firewood exports to the EU, since the bloc considers firewood an energy product.

One of Ukraine’s MPs, Mikhail Volynets, came up with a bizarre plan in late October, suggesting his fellow countrymen living in rural areas might need to stock up on dried manure and use it as heating while not relying on the government in winter.

Tymoshenko, who currently leads the ‘Fatherland’ party, a pro-EU force, admitted that Ukraine has always bought gas from Russia and called the scheme involving purchases of reverse gas from Europe “one big lie.”

“When they [the government] told us in 2014 that Ukraine would consume European gas, they should have shown me where it is produced in Europe and where we can take it,” Tymoshenko said, adding that “there was no ‘European gas’; they provided a…pipeline but the gas was still the Russian one.”

Tensions between Moscow and Kiev are running high, including in the field of gas trade and transit. Ukraine is staunchly opposed to Russia’s Nord Stream 2 project as it fears the pipeline running from Russia to Germany under the Baltic Sea would leave Ukraine at least $3 billion out of pocket in transit fees.

The head of Ukraine’s state gas company Naftogaz, Yuriy Vitrenko, recently stated that an end of gas transit would somehow bring Moscow and Kiev close to a “full-scale war.” Moscow repeatedly insisted there are no plans to turn off the taps and said that any future contracts with Ukraine are a commercial matter for the Russian energy giant Gazprom.