Home / WORLD / Ukraine confirms second round of talks with Russia

Ukraine confirms second round of talks with Russia 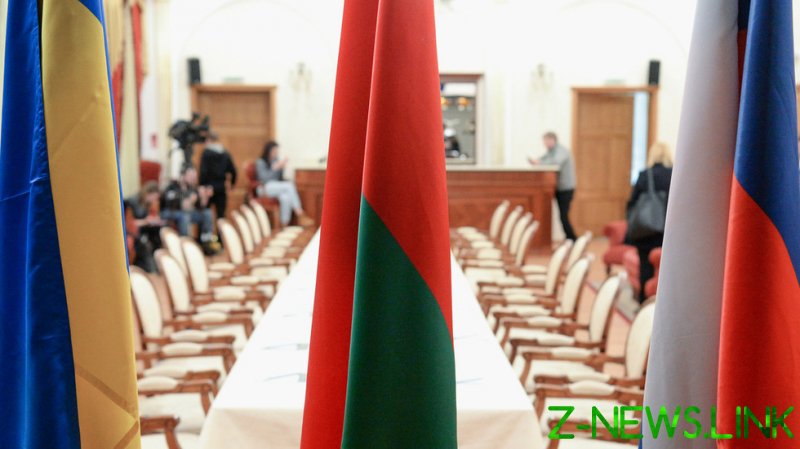 A second round of talks between Russia and Ukraine will take place on Wednesday evening in Belarus, the Office of the President of Ukraine has confirmed. Kiev, however, warned that it would not accept any ultimatums from Moscow.

Earlier, President Vladimir Putin’s spokesperson Dmitry Peskov announced that Moscow’s “delegation will be ready to continue the conversation this evening.”

When asked if President Putin’s aide, Vladimir Medinsky, would still be heading the Russian negotiating team, Peskov replied in the affirmative.

Peskov refused, however, to disclose the exact location in Belarus where the second round of talks would be held. Russian media outlet TASS has claimed that the upcoming negotiations could take place in Belovezh forest on Belarus-Poland border. The forest, a biosphere reserve, is where in December 1991 the then-leaders of Ukraine, Russia and Belarus signed an eponymous accord that dissolved the Soviet Union.

According to the Kremlin, Moscow hopes for progress, but will not speculate regarding a possible outcome at this stage. Peskov made it clear that the Russian delegation would be seeking the fulfilment of the key conditions for peace in Ukraine outlined earlier by Putin.

On February 24, Moscow launched a military offensive in Ukraine, which, according to President Putin, was needed to “demilitarize and denazify” the country, as well as to protect the Russian-speaking population of the Donbass republics. Ukraine and its Western allies insist, however, that Moscow’s operation is an unprovoked aggression against a sovereign state. They suspect that Moscow is seeking to install a pro-Russian puppet government in Kiev.