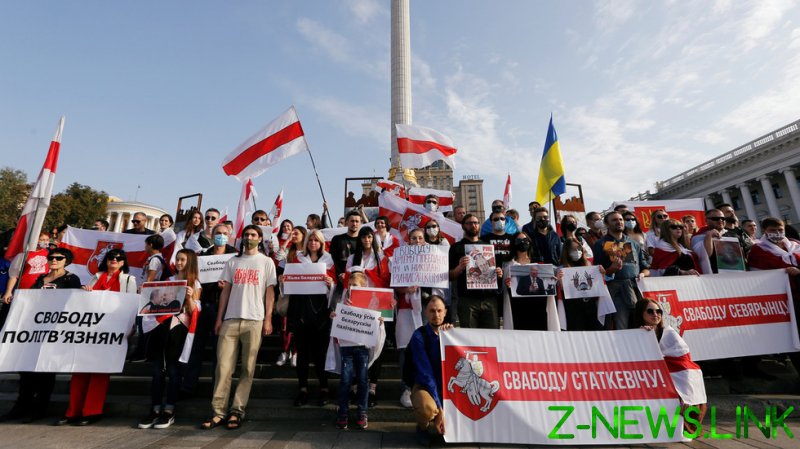 Strongly condemning the recent events in Belarus “where authorities continue pressure and persecution of journalists,” Ukraine’s Foreign Minister Dmytro Kuleba and Culture Minister Oleksandr Tkachenko lashed out at Minsk in a statement on Sunday.

“The entire democratic world recognizes mass media as the fourth estate and does not interfere with their professional activities. Attacks on freedom of speech, endangering the lives and well-being of journalists in Belarus, constitute outright violations of these basic principles,” the statement reads.

Earlier this week, Belarusian police conducted a series of searches across the country. The operation targeted individuals allegedly linked to stirring up the civil unrest that has been plaguing the country since the contested presidential elections last summer. Among others, the searches targeted multiple journalists and rights activists. Law enforcement said it seized some $80,000 in cash, assorted documents linking the suspects to foreign entities, as well as drugs and even weaponry.

Ironically, Ukraine’s concerns over press freedom within the neighboring country came amid a massive campaign against opposition press launched by the authorities in Kiev. Early in February, President Volodymyr Zelensky issued a decree that kicked off a series of “special economic and other restrictive sanctions” targeting a total of eight news organizations. The outlets had their assets blocked, as well as being ordered not to move money out of the country.

The package forced three of the affected outlets to go offline almost immediately. The 1+1 media group, which owns the outlets, belongs to opposition politician Taras Kozak, who has been highly critical of Ukraine’s authorities over alleged corruption, chaotic reforms and sloppy coronavirus response. Kozak is also a member of Opposition Platform–For Life (OPZZh), the largest opposition party, led by Viktor Medvedchuk. On Friday, Medvedchuk, alongside with six other individuals and 19 legal entities, was targeted with sanctions by Kiev authorities over alleged “financing of terrorism.”

Kiev promised the restrictions would affect “all the property that Mr Medvedchuk owns.” The politician, in turn, accused the government of taking “the path of establishing a dictatorship and usurping power.” While the nature of the terrorism-related allegations was not immediately clear, it likely stems from Medvedchuk’s alleged support of rebels in eastern Ukraine, where a civil conflict has been ongoing for more than six years.

Kiev’s offensive against the opposition politicians and press has received full support from Washington. The US Embassy said it supported Kiev’s “efforts to protect its sovereignty and territorial integrity through sanctions,” stressing that Medvedchuk has been under US sanctions since 2014, over his alleged role in eastern Ukraine.