Ukraine comments on reports it is planning offensive in Donbass 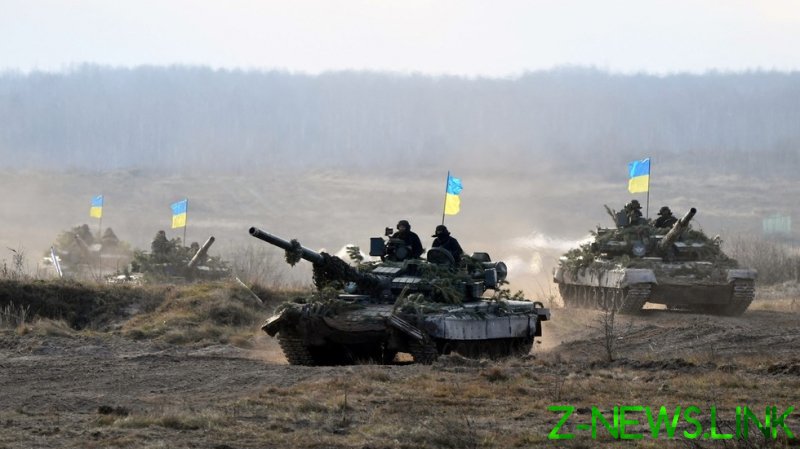 In a statement issued on Monday, Kiev’s Foreign Minister Dmitry Kuleba lashed out at Moscow, accusing Russia of increasing the “intensity of disinformation, including false accusations that Ukraine is supposedly preparing for a military attack in the Donbass.”

Kuleba rebuked the claims, stating “officially” that Kiev is not drawing up plans to launch an offensive in the region. Instead, he said, Ukraine’s officials remain “committed to finding a political and diplomatic solution to the conflict.”

According to the minister, Kiev is continuing to work to “revitalize” the ‘Normandy Format’ negotiations, with France and Germany as intermediaries. The talks began in 2014 when Paris, Berlin, Moscow, and Kiev met on the sidelines of a ceremony marking the 70th anniversary of the allied D-Day landings. The parties inked the Minsk Protocol months later, which led to a temporary ceasefire in the Donbass. However, Russia accuses Ukraine of refusing to implement its measures.

Kuleba’s denial that Kiev is masterminding a military campaign against the two breakaway self-declared ‘People’s Republics’ in Donetsk and Lugansk coincides with concerns from his counterpart in Moscow over the purported use of American anti-tank missiles by Ukraine’s forces. On the same day, Russian Foreign Minister Sergey Lavrov remarked that military developments across the border are “excessively inflamed and dangerous,” and could lead to full-blown provocations.

Just hours before, the head of Ukraine’s military intelligence service, Kirill Budanov, revealed in an interview published by the US-based Military times that Kiev’s troops had trialled the US-made Javelin rocket system and it is now being used in the Donbass.

Russia’s ambassador in Washington, Anatoly Antonov, issued warnings to the White House earlier this month that providing Ukraine with lethal weapons could dash hopes for peace in the region, saying that Moscow believes “another opportunity to encourage Kiev to stop the war has been missed.”

The conflict in Eastern Ukraine began following the events of the 2014 Maidan, which eventually led to the two breakaway regions along the frontier with Russia declaring their independence. However, neither Moscow nor Kiev officially recognize them, and the Kremlin has insisted that Kiev must strike a peace deal with the leaders of Donetsk and Lugansk.