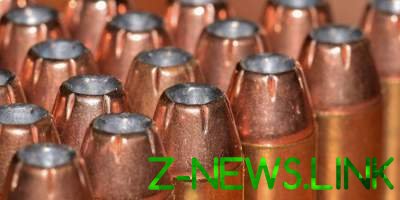 Ukraine and Azerbaijan are preparing plans for the establishment of VTS in the production of ammunition.

Ukraine could start to purchase ammunition from Azerbaijan in the framework of bilateral military-technical cooperation in this area.

About it it became known according to results of negotiations of the head of Ukroboronprom Paul Bukin with the first Deputy Minister of defense industry of Azerbaijan Yahya by musaevym.

In addition to buying ammunition, the Ukraine can also begin production of ammunition for ground artillery of the Armed forces of Azerbaijan. During the talks they also discussed the possibility of bilateral military-technical cooperation in the field of transfer of defense technology and procurement Ukraine munitions and close combat weapons from Azerbaijan.

Previously, the company Fully, which is part of Ukroboronprom, signed a preliminary contract for the supply of 120-mm cannon missiles Cone of the Turkish state Corporation Makina ve Kimya Endüstrisi Kurumu (MKEK).

In the coming weeks will be completed the procedures for signing the documents and will begin production of export consignment of missiles.

Guided missile Cone capable of hitting targets at a distance of 5 km and far exceeds the range of conventional tank shells.