The price of gas for motorists may jump to 30%.

If from 16 March to Ukraine will be delivered, the volume of liquefied gas is less than half, domestic companies immediately react by raising prices.

This was stated by the expert on energy Gennady Ryabtsev.

Commenting on the fact that in March the Ukrainian motorists can face a shortage of gas, the expert noted: if this resource will be less than half than before, the price of gas may rise 30%.

According to the expert, Ministry of economic development and trade on March 16, temporarily suspended the permit for foreign trade activity for 20 companies of traders on the performance of the security Service of Ukraine. The SBU suspects the credentials of the company that the funds that were generated from this activity went, including, on financing of illegal armed groups. That is, the idea was that these companies were buying liquefied gas from the Russian traders and Russian traders, in turn, could conduct activities including, and with firms from the self-proclaimed DND and LNR.

Companies have every right to raise the price of liquefied gas, the expert said, because it really will be a shortage of this fuel. We must remember that about 90% of all liquefied natural gas imported into Ukraine from Russia and Belarus. To find other sources of supply the remaining traders will be quite a bit of time.

“As you know, the liquefied gas is sold at auctions that domestic companies immediately react by raising prices. If the resource will be less than half, I think that 30 percent of the price of gas may jump,” predicts G. Ryabtsev.

We will remind, according to the decree of the Ministry, the import of liquefied natural gas will close on March 18. According to some experts, that while mass at the customs the goods are not slowing down. “We are importing gas, we have everything in order. There are a number of companies that came under sanctions of the security service, but the validity of such decisions must be challenged in the courts. Such that every day someone stopped in customs, no. Yet the shortage in the market is not observed. Price, as always, will depend on supply and demand,” said the owner of the network KLO Igor Cherniavsky. 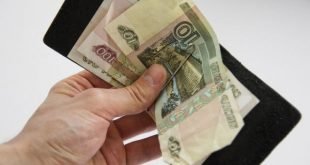