Home / policy / Ukraine called the period of the planned rejection of the su-25, su-27 and MiG-29

Ukraine called the period of the planned rejection of the su-25, su-27 and MiG-29 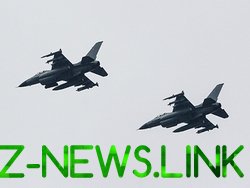 In Ukraine, discussed the modernization of the air forces of the country. During the meeting of the Subcommittee of the defense industry of the Committee on national defense had announced plans for such modernization.

In particular, it is pointed out that by 2035, the air force of Ukraine should be supplemented with 100 new combat aircraft to the combat readiness of Ukraine in the air was maintained at an acceptable level.

The specified number of hundreds of aircraft should include fighters, bombers, attack aircraft and aircraft reconnaissance aircraft, which Kiev plans to replace the standing armed aircraft of the Soviet and post-Soviet Assembly.

Seminar with participation of deputies referred to the Subcommittee conducted the Central research Institute of Armed forces of Ukraine. During the seminar it was noted that Ukraine needs to “go to NATO standards” in aviation and to abandon the su-25, su-27 and MiG-29 during the 15-year period. What price will have to pay Ukrainian taxpayers for the transition to the aircraft with “NATO standards” with the retraining of staff, change of the fleet, weapons systems, infrastructure, airfields, and others, for the seminar are not reported.

However, later in the Ukrainian mass media there are materials where it is indicated that, according to conservative estimates, the re will cost $ 8.6 billion. However, this amount takes into account the costs exclusively for the purchase of means of combat aircraft from Western countries. About twice the amount you have to pay for the related actions, including the reorganization of the system of training of the Ukrainian military pilots.

As the suppliers of aircraft for the air force of Ukraine, the U.S. and France.