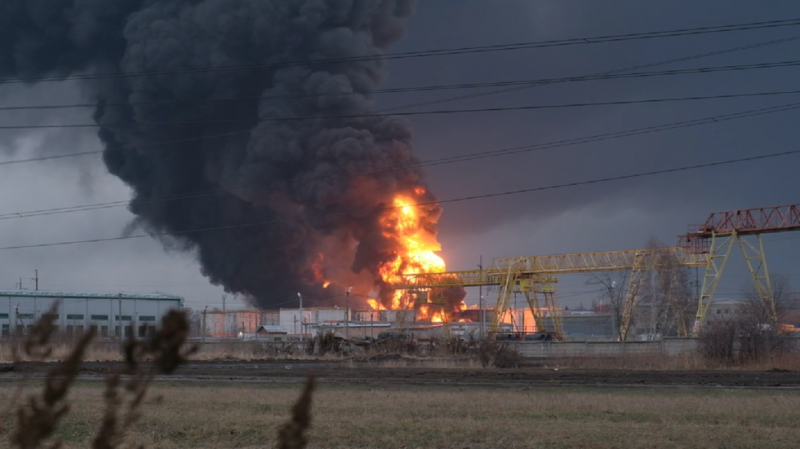 The fire at an oil facility in Belgorod Region, Russia was caused by a Ukrainian air raid, Governor Vyacheslav Galdkov said on Friday morning. The incident was reported amid Russia’s military campaign in the neighboring country.
Gladkov said the terminal was struck by “two Ukrainian military helicopters that have entered the territory of Russia while flying at low altitude.” The exact details of the incident are yet to be clarified.

Videos from the scene show a large fire raging at the facility.

The governor called the situation with the fuel supply “stable,” adding that there “will be no fuel shortages.”

Energy Minister Nikolay Shulginov similarly said that the fire will not cause shortages or price hikes, adding that Belgorod gas stations will receive fuel from other regions if necessary.

RIA Novosti quoted the emergency services as saying there was a risk of the fire spreading to additional oil storages.

Emergency services said they found no increase of toxic fumes in the air.