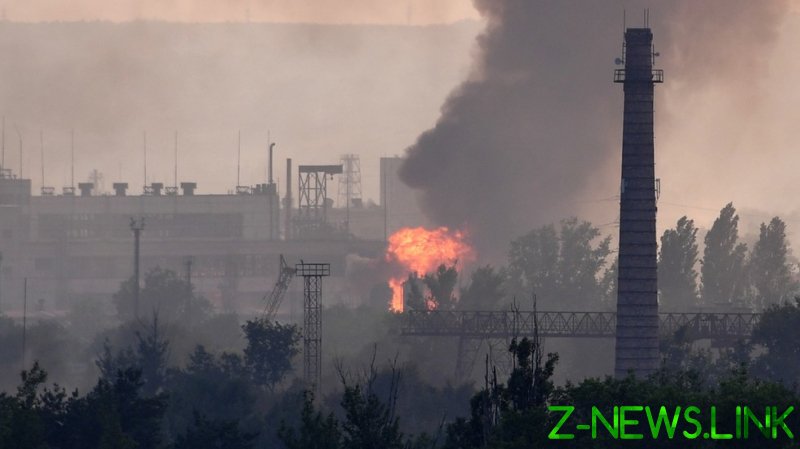 Russia will provide a way out for civilians at the Azot fertilizer plant in the contested city of Severodonetsk, but will use a different plan to that which Kiev requested, the Russian military said on Tuesday. The Ukrainian proposal may have been an attempt to extract its soldiers from the blockaded plant, it claimed.

The Russian statement said the civilians at the Azot plant were being used as a “human shield” by Ukrainian troops who took cover at the facility. It explained that hundreds of non-combatants had been forced to move to the last stronghold of the Ukrainian forces in the city as Russian and allied troops were capturing residential areas in Severodonetsk. The city is claimed by the Russia-allied Lugansk People’s Republic (LPR) as part of its territory.

“The Ukrainian side considers the position of its military units as hopeless, so we consider the request to save the civilians as an attempt to extract the surviving troops out of the blockade,” said Colonel General Mikhail Mizintsev.

The Russian military noted the situation is not unlike what happened in the city of Mariupol, where Ukrainian troops remained blockaded at the Azovstal plant for weeks before surrendering to Russian and allied troops. Mizintsev urged Ukrainian officials to order their soldiers in Severodonetsk to lay down their arms and surrender too. In the meantime, Russia is willing to grant civilians safe passage to territory controlled by the Lugansk People’s Republic (LPR), provided the Ukrainian troops let them go, the statement said.

Severodonetsk is one of just a handful of places in LPR-claimed territory where Ukrainian troops are still present. Last week, Russian Defense Minister Sergey Shoigu said his country’s troops and local militias were in control of 97% of the republic’s territory.