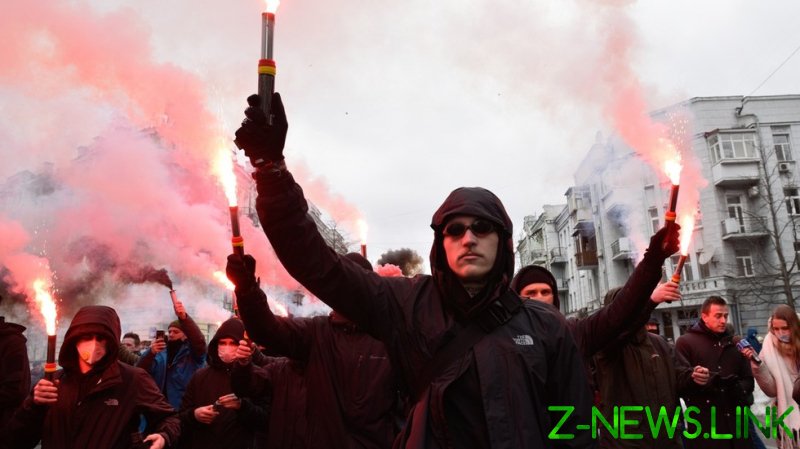 “By order of Lieutenant-General Valeriy Zaluzhny, I have been appointed adviser to the commander-in-chief of the Ukrainian Armed Forces. Thank you for your trust! Together we will win!” he wrote.

Right Sector was created in 2013 as a confederation of several radical nationalist groups during the violent, Western-backed Maidan protests in Kiev. One of the founding groups of the organization was Tryzub, a paramilitary group started by the Congress of Ukrainian Nationalists, a political party that idolizes Nazi collaborator Stepan Bandera. As head of Tryzub, Yarosh was chosen to be the leader of Right Sector.

This group came to prominence in 2014, when its members were involved in violent clashes with law enforcement officers. It is also suspected of being behind the 2014 Odessa Massacre, in which more than 40 people were killed in a fire at the city’s House of Trade Unions.

The group has also been accused of anti-Semitism. According to an article by the Canadian Immigration and Refugee Board, later republished by the UN Refugee Agency’s Refworld, Right Sector was implicated in an incident “in which graffiti depicting swastikas was painted on tombs in a Jewish cemetery.” The organization denied the accusation.

Following the events of the Maidan, when violent street protests toppled a democratically elected government, the Donetsk and Luhansk regions in east Ukraine unilaterally declared their independence from Kiev. In response, Right Sector took up arms, forming a volunteer battalion to fight against separatists.

Nowadays, Yarosh is known for his view that Ukraine should escalate the war in Donbass and even suggested launching grenades at the building of opposition-leaning TV channel 112, located in the center of the capital.

The neo-fascist paramilitary leader, who also served a term as an MP, is known for being strongly anti-Russian and has regularly echoed the belief of the authorities in Kiev that Moscow is in control of the separatists in the Donbass. In 2019, Yarosh claimed that the Kremlin plans to destroy Ukraine by 2024 and called for an intensification of combat operations in Donbass to neutralize “collaborationist pro-Moscow forces.”