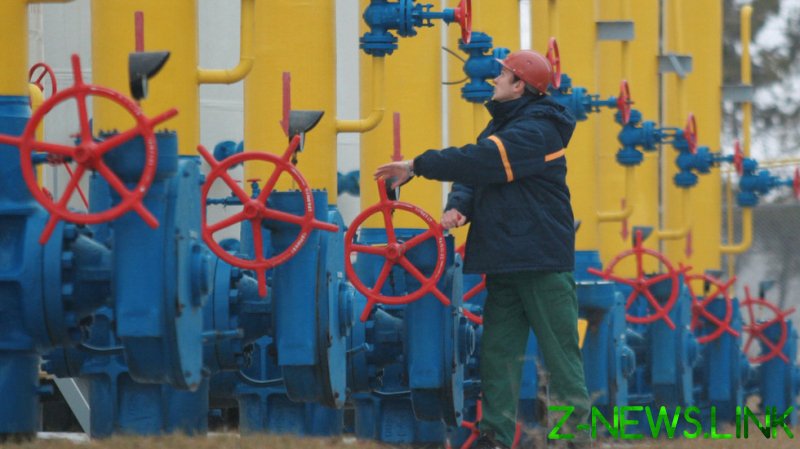 In an interview with Kiev’s 1+1 channel on Friday, Deputy Energy Minister Maxim Nemchinov announced that “today, we are in reality locked in a state of war with Russia.” According to him, the neighboring nation is “blocking imports from Kazakhstan, preventing railroad cars laden with coal from traveling to Ukraine, and reducing the order of gas transit capacity.”

The explosive claims come after Andrey Gerus, the head of the energy committee in the country’s parliament, said Russia was blocking the import of Kazakh coal by barring it from traveling on the country’s railways. However, Kazakh officials have since said the delays were down to “restrictions arising from workload of infrastructure on the Russian side.”

“The failure to make decisions on the future of this system, and on its modernization, will only reduce reliability and safety,” the parliamentarian said.

In September, Hungary signed a 15-year contract with Gazprom, agreeing to purchase 4.5 billion cubic meters of natural gas annually. Under the deal, shipments bypass Ukraine, traveling instead through the Balkan Stream pipeline and pipelines in southeastern Europe, which reduces costs and excludes Kiev from receiving any transit fees.

Ukraine has furiously denounced the move, claiming the new deal undermines its national security and the energy security of Europe. Hungarian Foreign Minister Péter Szijjártó hit back, however, saying Kiev’s response was “outrageous,” and insisting “Ukraine has nothing to do with those we make deals with.”