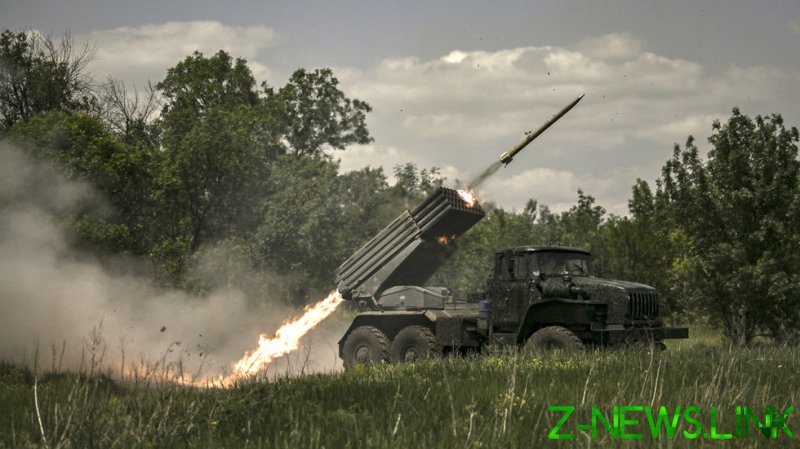 Kiev forces are almost out of ammunition and can only rely on Western-supplied arms in the battle against Russia, a top Ukrainian intelligence official has said.

“This is an artillery war now,” Vadim Skibitsky, the deputy head of Ukraine’s military intelligence, told The Guardian on Friday.

Ranged combat is going to decide the outcome of the conflict between the two countries, “and we are losing in terms of artillery,” he acknowledged.

Ukrainian troops are currently firing 5,000 to 6,000 artillery rounds a day, and their stockpiles are running out fast, the intelligence official said. “We have almost used up all of our [artillery] ammunition and are now using 155-caliber NATO standard shells,” he said.

Kiev is also severely outgunned in the Donbass, having almost run out of the Soviet- and Russia-designed artillery pieces it had at the start of Moscow’s military operation, according to Skibitsky. “Ukraine has one artillery piece to 10 to 15 Russian artillery pieces,” he pointed out. 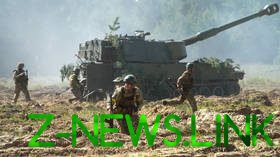 “Everything now depends on what [the West] gives us,” the intelligence official said. “Our Western partners have given us about 10% of what they have.”

The US and its allies have been reluctant to provide Ukraine with this type of weaponry over concerns that it could cause a direct conflict between Russia and NATO.

Russian President Vladimir Putin has warned that if Kiev eventually obtains long-range missiles, “we will draw the appropriate conclusions and use our weapons, which we have enough of, in order to strike at those objects that we have not yet struck.”

Ukraine needed the West to supply as many as 300 multiple rocket launch systems to level the playing field in the Donbass, Mikhail Podolyak, an aide to Ukrainian President Volodymyr Zelensky, insisted on Thursday.

Earlier this week, the Russian Defense Ministry said that 3,443 Ukrainian tanks and other armored vehicles of Ukraine, 1,807 field artillery pieces and mortars, 1,139 drones, 478 multiple rocket launchers, 190 aircraft and 129 helicopters have been destroyed since the launch of the military operation.