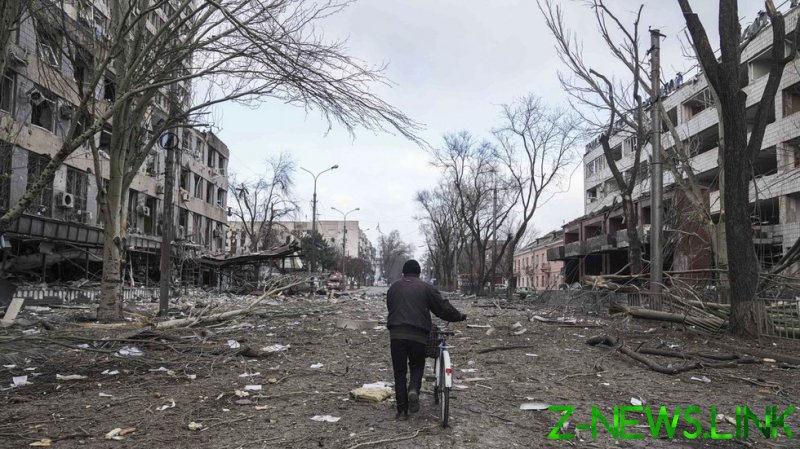 Ukrainian officials have accused Russian forces of hitting a school located in the besieged city of Mariupol. The facility was sheltering some 400 civilians, primarily women, children and the elderly, the city’s council alleged on Sunday in a Telegram post.

“Yesterday, the Russian occupiers dropped bombs on an art school No 12,” the council claimed. “It is known that the building was destroyed, and civilians are still under the rubble.”

The council did not estimate the number of potential casualties resulting from the alleged school bombing. No footage from the scene corroborating the claim has emerged either, while the Russian military has remained silent on the matter.

Earlier this week, Ukrainian authorities accused Moscow of bombing the Mariupol Drama Theater, initially claiming that over 1,000 civilians sheltering there had been killed. The Ukrainian account of the events, however, promptly changed as it turned out that over 200 civilians were rescued from the bomb shelter under the destroyed building, while no one was apparently killed in the incident. 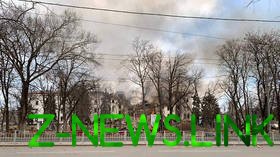 The Russian military denied targeting the theater altogether, pinning the blame for the bombing on neo-Nazi fighters with the notorious Azov regiment. Russian military spokesman Major-General Igor Konashenkov said that “reliable information” from locals indicated that the militants blew up the building themselves to frame Russia.

Mariupol became the site of intense urban warfare after the southeastern Ukrainian city was cut off and encircled by Russian regular troops and those of the Donetsk People’s Republic.

Moscow attacked its neighbor in late February, following a seven-year standoff over Ukraine’s failure to implement the terms of the Minsk agreements, and Russia’s eventual recognition of the Donbass republics of Donetsk and Lugansk. The German- and French-brokered protocols had been designed to regularize the status of those regions within the Ukrainian state.