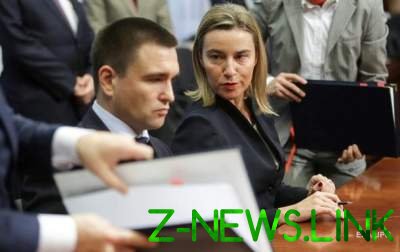 The agreement was signed by foreign Minister Klimkin and EU high representative Mogherini.

Ukraine has joined European transport network TEN-T. the Corresponding agreement was signed by Minister of foreign Affairs Pavlo Klimkin and the high representative of the European Union Federica Mogherini, said on Saturday, November 25, the press service of the foreign Ministry.

“One important practical outcome of the Brussels summit of the Eastern partnership was the signing by the Minister of foreign Affairs of Ukraine Pavlo Klimkin and the EU high representative Federica Mogherini Understanding of high level between Ukraine and the EU on the distribution of indicative maps of European transport network TEN-T Ukraine”, – the press service of the foreign Ministry.

See also:  In Ukraine, detained the former officials of Georgia, who is wanted by Interpol

This decision will improve the competitiveness of Ukrainian transport corridors, improving logistics and facilitation in the field of transport between Ukraine and the EU.

“Signed a high-level Understanding on the distribution maps of the TRANS-European transport network (TEN-T). An important step to further integrate transport networks of Ukraine and the EU – is now going to the European network,” later commented on this move Klimkin.

See also:  Why the economic success of Ukraine above Russia?