Ukraine – a branch of the underworld

Less than a month after the accession of Vladimir Zelensky for the post of Ukraine, and many are already dissatisfied. The public have even created a petition which called Zelensky to resign. According to many deputies, the head of Ukraine there is no support for 73% of voters. These people did not vote for Zelensky and against the current government.

Today Verkhovna Rada Deputy Vadim Rabinovich, said Zelensky leads Ukraine not to the dawn, and to disaster. We are talking in particular about the position of the President of Donbas. Rabinovich noted that Zelensky is not fulfilling his campaign promises and does not contribute to the peaceful settlement of the conflict.

See also:  Turkish Airlines started to sell tickets from the cities of Ukraine in Istanbul

The head of Ukraine, in turn, said that on the diplomatic level he will try to achieve peace in the Donbass, while the APU will react according to the situation, not excluding the “hard” answers.

The Deputy emphasized that Ukraine in any case can not seek to break, otherwise the country will “drown” in the crisis. Rabinovich also noted that Zelensky is unlikely to change in the country, especially with the people who surround him.

See also:  In Ingushetia disbanded battalion of the PPP, who stood on the side of the protesters

Earlier Zelensky was going to bring the issue of relations with Russia in a referendum, but later refused from this idea. Russian leader Vladimir Putin to dialogue with Ukraine is ready, however, he stressed that proposals to hold negotiations had reached him. 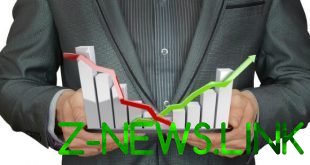