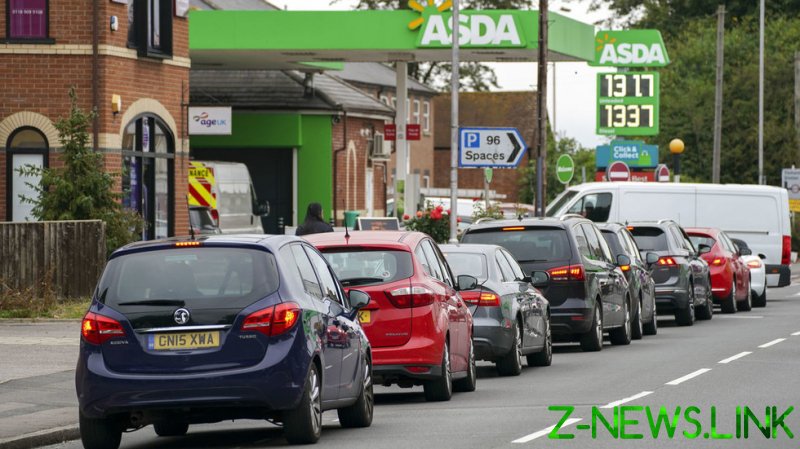 “There’s plenty of fuel, there’s no shortage of the fuel within the country,” the minister said, as quoted by Sky News

Shapps also said that the country’s authorities were stepping in to ease the shortage of haulage drivers bringing fuel to petrol stations.

The government announced plans to issue 5,000 three-month visas for drivers of fuel tankers and food lorries, and 5,500 for poultry workers amid a severe labour crisis that has caused difficulties for several sectors, from supermarkets to fast-food chains in recent months.

Earlier this week, Shapps blamed the fuel issues on logistics problems, saying that the country has been plagued by the lack of lorry drivers, while UK refineries had “plenty of petrol” stockpiled. He also suggested that London might bring in the army to distribute fuel and other goods.

The fuel supply issues come amid a deepening gas crunch experienced by the UK over the past few weeks with skyrocketing prices already pushing a lot of smaller energy enterprises out of business.