Home / WORLD / UK to offer up fresh weapons to Ukraine 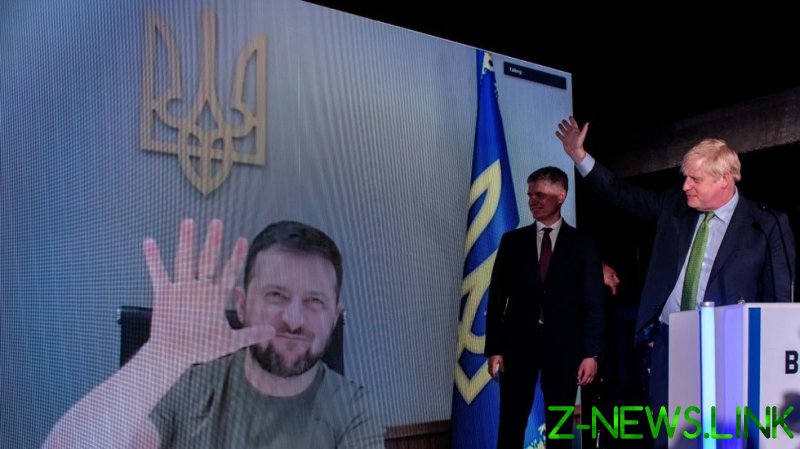 During the phone call on Thursday, the two leaders discussed “a range of issues,” including military support to Ukraine and the looming food crisis.

“Noting the recent announcement of an additional £1.3 billion in UK military aid for Ukraine, the Prime Minister set out the support flowing to Ukraine’s defence, including long-range artillery, shore-to-ship missiles and unmanned drones,” the prime minister’s office said in a statement.

Johnson and Zelensky agreed to “step up” work with allies, including the US, France, and Germany “to define the longer-term security architecture for Ukraine.”

Johnson shared with Zelensky “significant concerns” about the consequences of Russian President Vladimir Putin’s military operation in Ukraine, which London describes as “an illegal invasion,” and of Moscow’s “craven and reckless blockade of Ukraine’s Black Sea ports,” which, in Johnson’s opinion, is pushing food prices in developing countries higher.

“They looked at options to open up critical sea and land supply routes for Ukrainian grain stocks and committed to direct their teams to work urgently on the next steps,” Downing Street said.

Earlier on Thursday, Russian Deputy Foreign Minister Andrey Rudenko said that the issue of Black Sea ports reopening should be considered “in a single complex” with the issue of lifting anti-Russian sanctions, “which interfere with the normal free trade in food products, including wheat, fertilizers and other things.”

According to the Downing Street readout, during the conversation with Zelensky, Johnson stressed his “undimmed admiration for the brave defenders of Mariupol” and called on Moscow to treat any prisoners of war “with dignity and respect,” apparently referring to Kiev’s concerns on the matter. Moscow has consistently claimed it treats POWs in accordance with international requirements. 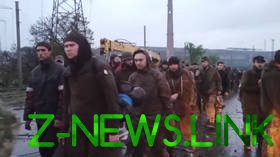 Earlier this month, the UK pledged an extra £1.3 billion in military support for Ukraine on top of earlier commitments worth approximately £1.5 billion, which included funding for humanitarian assistance and loans.

“We are unwavering in our support for the people of Ukraine and this extra £1.3 billion will ensure we continue to provide the necessary military and operational support they need to defend themselves against Putin,” Chancellor Rishi Sunak said back then.

The previously announced package included electronic warfare equipment, a counter battery radar system, GPS jamming equipment and thousands of night-vision devices. The UK, which is one of the biggest European suppliers of weapons to Ukraine, also announced that it would provide Kiev with “more than a dozen” specialized Toyota Land Cruisers “to help protect civilian officials in Eastern Ukraine and evacuate civilians from frontline areas,” as well as heavy lift UAV systems to provide logistical support to isolated forces.

Ukrainian President Volodymyr Zelensky recently said that Western countries had finally begun to provide Kiev with the weapons it had requested.

Meanwhile, Moscow has repeatedly warned the West against “pumping up” Ukraine with weapons, arguing that it will only prolong the conflict. Moscow has also made it clear that it considers any foreign weapons on Ukrainian territory as a legitimate target.