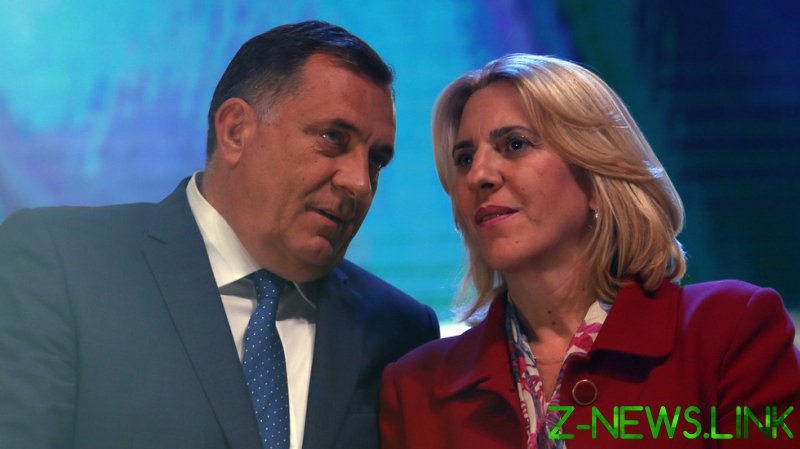 Britain announced sanctions on Monday against Bosnian-Serb politicians Milorad Dodik and Zeljka Cvijanovic, who are accused of “deliberately undermining the hard-won peace in Bosnia and Herzegovina.”

The measures, which include asset freezes and travel bans, come in response to political activity that the UK claims amounts to “de facto secession of Republika Srpska [from Bosnia and Herzegovina] in direct contravention of the country’s constitution.” Cvijanovic is president of Republika Srpska, a constituent entity of Bosnia Herzegovina. Dodik serves as the Bosnian-Serb member of the state’s three-person presidency.

The pair are believed to be “emboldened by Russia’s undermining of the international rules-based system” and “encouraged by [Russian President Vladimir] Putin,” the UK Foreign Office said in a Monday press release, which also accuses both of “genocide denial.”

Dodik, whom the UK accuses of “divisive, dangerous, nationalist rhetoric” as well as “undermining domestic and regional peace and encouraging ethnic hatred,” was sanctioned by the US back in January, which froze his assets and deemed him “a significant threat to the sovereignty and territorial integrity of Bosnia and Herzegovina.” 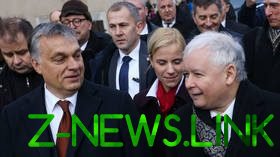 Dodik called for the abolition of Bosina and Herzegovina’s armed forces in 2011. Addressing the UN Security Council in 2012, Bosnia and Herzegovina’s then-High Representative Valentin Inzko characterized Dodik as a “frequent… proponent of state dissolution.”

Cvijanovic responded to the sanctions by saying she was “really ready and able to bear” them “on behalf of the citizens” of Republika Srpska. They stem from her responsibility for legislation that sitting High Representative Christian Schmidt deemed “unconstitutional” and a threat to peace in the region, as well as London’s claim that she has “publicly glorified war criminals.”

Dodik had previously vowed to veto all decisions on sanctions against Russia over its military operation in Ukraine, and ministers from his political party twice voted against measures sponsored by their Croat and Bosniak colleagues to join EU countries wishing to block Russia and Belarus from accessing European Bank for Reconstruction and Development (EBRD) funds.