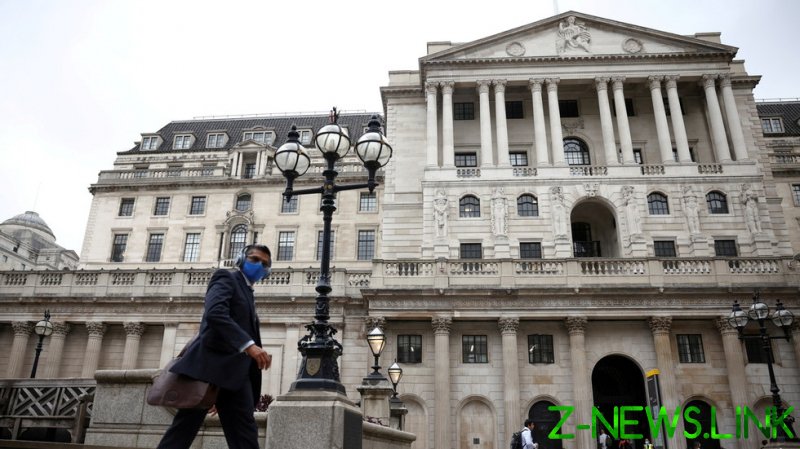 While the European Union no longer formally recognizes Guaido as Venezuela’s interim president after he was ousted as head of parliament last year, the British government continues to throw his weight behind the opposition politician even after the UK Court of Appeals ruled back in October that such a stance may not reflect the reality on the ground.

Guaido, who vies for access to Venezuela’s $1 billion worth of gold reserves held up at the Bank of England, challenged the ruling, and the UK Supreme Court is set to hear the case on Monday.

In a statement to the court, the British Foreign Office said that London sees Guaido as “the only individual recognized to have the authority to act on behalf of Venezuela as its head of state,” while endorsing regime change and calling for “a peaceful transition to democracy.”

In what was seen as a blow to Guaido and his supporters’ aspirations to get hold of the gold reserves, the UK Court of Appeals said in October that the case should be reconsidered after a lower court ruled in favor of Guaido. While not awarding control over the reserves to either of the parties, the court called Guaido’s recognition by London “at any rate less than unequivocal” and argued that it “leaves open the possibly that HMG [Her Majesty’s Government] may impliedly recognise Mr Maduro as the de facto President of Venezuela” as opposed to Guaido being the de jure leader.

The Venezuelan central bank (BCV), loyal to Caracas, has long argued that The Bank of England’s failure to release the funds has imperiled the sanctions-hit nation’s fight against the Covid-19 pandemic. In March, Maduro said that Caracas would like to use up some of the billions of the country’s funds blocked on foreign bank accounts, including in the UK,  to purchase vaccines through the WHO-led COVAX mechanism, but was unable to do so.

In January, lawyers representing BCV claimed that Guaido shut down a proposal for his alternative “Ad Hoc” board of the national bank to pool efforts with Caracas in the fight against the virus and transfer some $120 million in funds held up in Britain to Gavi Alliance Covax Facility to secure the jabs.

While Guaido’s representatives rejected the claim as “false”, lawyers for the bank a letter allegedly drafted by Guaido’s legal team which stated that he “cannot consent” to the proposal.

“Our clients will not lend their support to arrangements which ultimately leave it to the Maduro regime to decide who gets vaccinated,” the letter, allegedly penned by Guaido’s legal counsel Arnold & Porter in December and shared on social media, read.