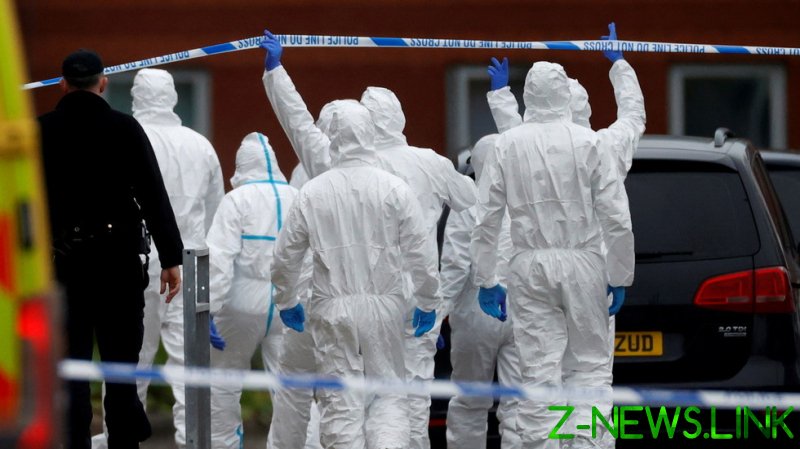 The announcement comes after Prime Minister Boris Johnson chaired an emergency Cabinet Office Briefing Room (COBR) meeting to brainstorm the government’s response to the attack, which police have declared a terror incident.

The decision, which was confirmed by Home Secretary Priti Patel, was taken the Joint Terrorism Analysis Centre (JTAC) – a group of counter-terrorist experts from law enforcement bodies and security agencies which is based at MI5’s London headquarters.

Patel said the escalation in alertness rating was due to the bomb plot being the “second incident in a month.” She was likely referring to the knife-killing of Tory MP David Amess last month, which was previously designated a terror attack by police.

“There is a live investigation taking place right now; they will need the time, the space, to do the work that they are doing in terms of investigating the incident,” Patel said, adding that the government is “making sure that we are taking all the necessary steps required.”

The UK previously raised its threat level to ‘severe’ in November 2020 after a series of attacks in Europe. It was downgraded to ‘substantial’ in February following a ‘significant reduction’ in incidents. The ‘severe’ level is the second-highest alertness rating, with only ‘critical’ ranked above it.

The police have made four arrests related to Sunday’s blast, during which a taxi passenger detonated an improvised explosive device outside Liverpool Women’s Hospital. The bomber was the only fatality.