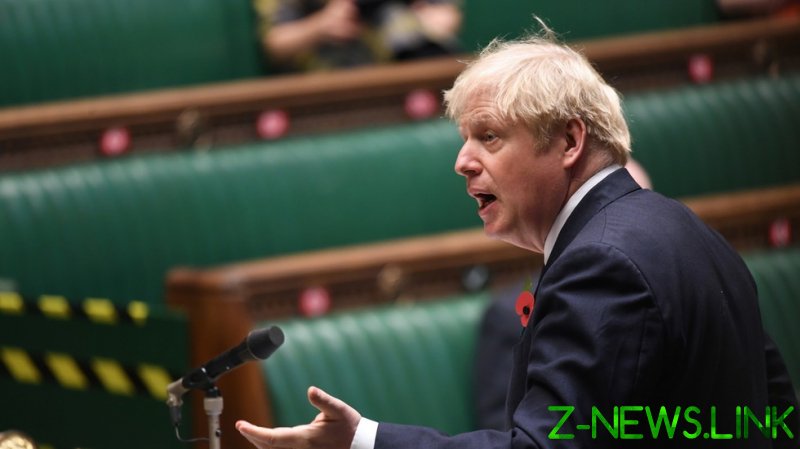 Speaking to the media on Thursday, Johnson encouraged all Britons to get immunized against coronavirus, and took the opportunity to freshly lambast the anti-vax movement, which has been increasingly vocal in the UK.

“Anti-vax is total nonsense; you should definitely get a vaccine,” he said.

The prime minister added that he had no “inhibitions” about getting the jab himself, and strongly encouraged people in the UK to do the same as soon as they are eligible. Johnson also explained that a committee would decide who would be eligible for the vaccine first.

Earlier in the year, Johnson described those who opposed vaccinations as “nuts.”

Tory MP and leader of the House of Commons, Jacob Rees-Mogg, echoed the PM’s sentiments on Thursday, labelling anti-vaxxers as “nutters” as he claimed the government’s high spending on Covid communications was imperative to “reassure people” about the safety of vaccines.

As with elsewhere in the world, the UK has seen a number of anti-vaccination theories and protests. In October, around 2,000 people gathered in Westminster to spread their potentially dangerous anti-vaccine message. Crowds chanted “We don’t need no vaccination” to the tune of Pink Floyd’s Another Brick In The Wall.

A poll published by Britain’s Daily Mail newspaper this week found that 74 percent of respondents would be happy to take the vaccine, while 7 percent claimed they would not receive it under any circumstances.

The pro- and anti-vaccine debate has escalated in the UK this week, following Pfizer’s announcement on Monday that their formula has been shown to be 90 percent effective against Covid.

The PM’s comments come as the UK looks set to receive 10 million doses of the Pfizer jab before the end of the year. Despite delays in AstraZeneca’s trials, the British pharmaceutical giant may also have approval for their vaccine in the UK before 2021.

The UK government has said that Covid-19 vaccinations won’t be mandatory.