Home / WORLD / UK police say Prince Andrew has no case to answer in sex probe, but the damage is done in the eyes of the public

UK police say Prince Andrew has no case to answer in sex probe, but the damage is done in the eyes of the public 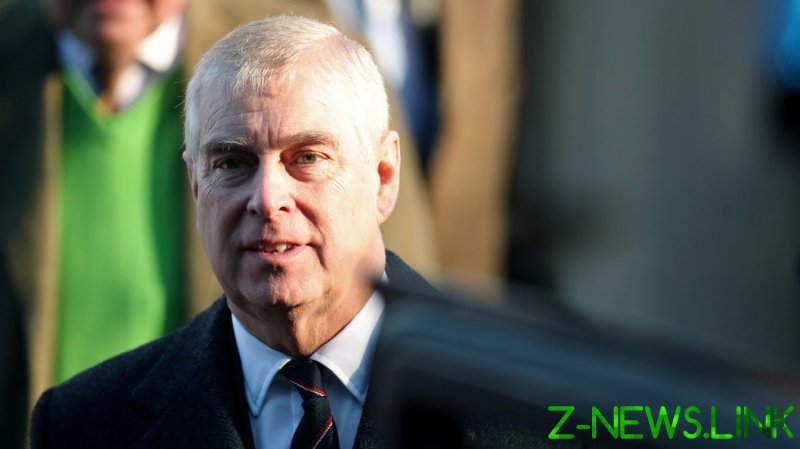 What, precisely, is the purpose of Prince Andrew? What does this bloke actually DO? I mean, his working day consists of what, exactly? Will Britain be depleted in any way by his permanent removal from the world stage? Nah, I don’t think so.

The most toxic of royals is ninth in line to the throne, and there would have to be some serious carnage in the House of Windsor for his pampered backside to ever truly be required to sit on the United Kingdom’s throne.

But before we proceed any further, it’s important to be very, very clear: as odious as he is, Prince Andrew has done nothing illegal and he has not been found guilty of any crime in a court of law. The Metropolitan Police have now decided he has no case to answer in the face of historic sexual assault allegations arising from his friendship with paedophile Jeffrey Epstein.

Yet in another respect, he has already been found guilty – of being an unpleasant, entitled arse. That’s a unanimous verdict in the court of public opinion from the people who have paid this bloke’s bills for the entire 61 years of his life. Few people like the man, and even fewer want to see him hanging around doing royal business.

Most Brits, I’d suggest, share the opinion of Prince William – who is, according to the Sunday Times, “not a fan of his uncle Andrew.” Andrew has an “ungracious and ungrateful” attitude towards his position, and Prince William considers him “a risk” and “threat to the family.”

A source told the Sunday Times, “Any suggestion that there isn’t gratitude for the institution, anything that could lead anyone in the public to think that senior members of the royal family aren’t grateful for their position, [William thinks] is really dangerous.”

And Prince Andrew, well, he serves no function whatsoever. He is, as my granny used to always say of feckless types, “neither use nor ornament.”

Anyone who saw his ‘car crash’ interview on the BBC’s ‘Newsnight’ programme a couple of years ago can have little doubt about the man’s character. I watched it and thought it confirmed what I had been told by several people over the years. People who actually knew the guy told me that he was, essentially, just a pompous fool. Aloof, arrogant, and self-absorbed.

And if anyone had a high regard for the bloke’s intelligence, that was soon dispelled by the news that the “buoyant” prince apparently told his mummy, the Queen, that the interview was a “great success.” Righto, Andy, righto.

At the centre of the controversy surrounding Prince Andrew is a woman named Virginia Giuffre, who plans to sue him in a US court over allegations that she was forced to have sex with him three times when she was only 17.

Police in London studied these claims and have concluded that they would be taking “no further action.” The age of consent in the UK is 16 so, even if the allegations were true – and Prince Andrew denies having ever met Giuffre – he would not have done anything illegal. Any argument over ‘procurement’ and definition of consent would be for a court to decide. Not you and I.

But in terms of Andrew’s public perception, the police’s decision is largely irrelevant. Most British people agree with Prince William that he should be kept away from public life with a very long stick. Yet Prince Andrew is so deluded, he apparently still believes he should be able to return to business as usual. As The Mirror’s Royal Editor Russell Myers so aptly put it on the ITV show ‘Lorraine’: “I think he is the only person in the entire world at the moment who is clinging to the aspect that he could return.”

Ah, but, you see, in his princely mind he’s done nothing wrong because, well, he’s a prince, and princes can never do anything wrong. That’s why it’s so cool to be a prince; you can do what the hell you like.

Oh yeah? Well what about dragging your family name through the sewer by the company you keep?

All this stems, you see, from the prince’s relationship with financier Epstein, who took his secrets with him to the grave when he killed himself in prison in 2019. There’s a photo of Prince Andrew with his arm around the girl who made the allegations. Another good chum of Prince Andrew’s is also in that photo, hanging around in the background: Epstein’s former girlfriend, Ghislaine Maxwell. She is, basically, accused of being Epstein’s ‘madam’ and of finding the twisted pervert his prey.

The main takeaway from that ‘Newsnight’ interview with Emily Maitlis was a bizarre claim by the prince that he doesn’t sweat, or at least he didn’t at the time he was alleged to have been with Giuffre. That was, apparently, due to some weird, improbable condition caused by being shot at when he was serving during the Falklands War (notice how he sneaked in the fact he has served his country in a warzone). The bovine prince, allegedly, danced a bit and sweated all over the poor teenager during those three sexual events that, allegedly, never happened in New York, London, and the financier’s private island in the Caribbean.

Ghislaine Maxwell’s trial is coming up next month in New York. Whatever the UK police think, reckon Prince Andrew might sweat a bit during her time in court?