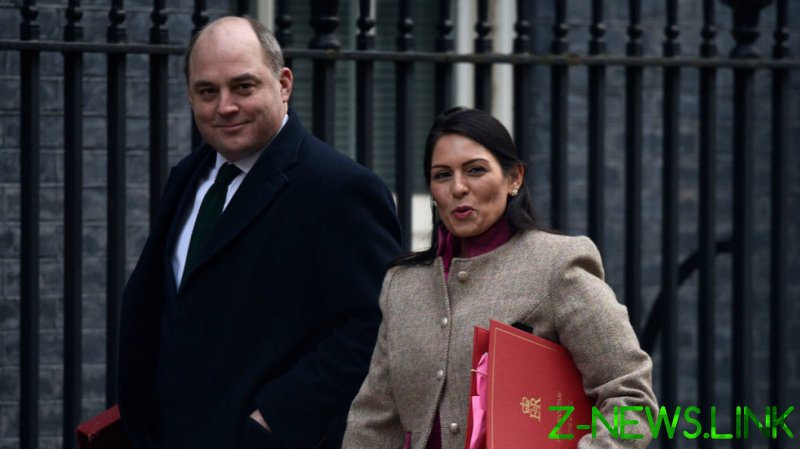 Downing Street has accused the Russian government of orchestrating hoax video calls to the UK defense and interior ministers in an alleged attempt by Moscow to “distract” from its “illegal activities in Ukraine.”

On March 17, a prankster pretended to be Ukrainian Prime Minister Denys Shmyhal and managed to engage Secretary of Defenсe Ben Wallace in a Microsoft Teams video call using a fake email. Wallace revealed that he terminated the conversation, which he described as a “dirty trick,” when he became suspicious over “misleading questions” and a request to shout some slogans.

According to The Times, the imposter, who was posing with a Ukrainian flag behind him, asked Wallace about the chances of UK warships going to the Black Sea and whether Ukraine should get nuclear weapons or join NATO.

The defense minister was not the only senior official who received hoax calls last week. Home Secretary Priti Patel also said that she had been targeted.

Culture Secretary Nadine Dorries had apparently been chosen as a third victim but was lucky enough not to take the call.

According to a Downing Street spokesperson, quoted by the British media, the hoax video calls last week were an attempt by Russian President Vladimir Putin to distract from military problems in Ukraine.

“We are seeing a string of distraction stories and outright lies from the Kremlin, reflecting Putin’s desperation as he seeks to hide the scale of the conflict and Russia’s failings on the battlefield,” the prime minister’s office said in a statement.

The spokesperson added that the calls were examples of the “standard practice for Russian information operations” and attempts “to distract from their illegal activities in Ukraine and the human rights abuses being committed there.”

According to government sources referred to by the media, there are fears in Whitehall that “the Russians” may doctor footage of the conversations in a bid to embarrass the UK government.

The Russian authorities have yet to comment on Downing Street’s accusations.