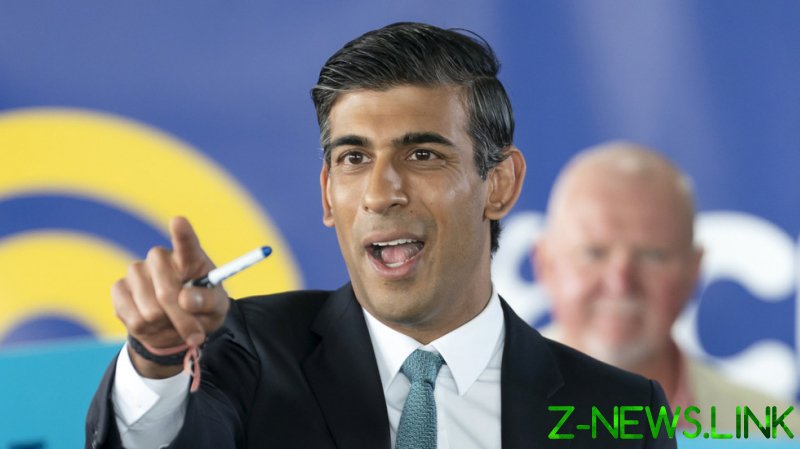 Former UK Chancellor Rishi Sunak launched a broadside against China on Monday, pledging to “face down” Beijing should he become Britain’s next prime minister. Beijing represents the “largest threat” to the UK and to global “security and prosperity” as a whole, Sunak claimed, announcing various anti-China steps he would take as premier.

The program to tackle the alleged Chinese “threat” includes closing “all 30 of China’s Confucius Institutes in the UK,” which are an instrument of Beijing’s “soft power,” the PM hopeful asserted. He also promised to ramp up intelligence activities to “counter Chinese industrial espionage.”

Other measures include creating a “new international alliance” bringing together unspecified “free nations” that would help “to tackle Chinese cyber-threats and share best practice in technology security.” On top of this, Sunak pledged to “protect key British assets” from Chinese takeovers. “That means examining the need to prevent Chinese acquisitions of key British assets, including strategically sensitive tech firms,” Sunak added. 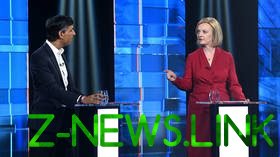 The announcement comes as an apparent attempt to outmaneuver his contender in the tight race for the Tory leadership and post of prime minister, Foreign Secretary Liz Truss. Her main talking points include her tough stance on “an aggressive Russia, to an increasingly assertive China.” Truss has accused Sunak on going too soft on the two, and now the former chancellor has shot back.

“Enough is enough. For too long, politicians in Britain and across the West have rolled out the red carpet and turned a blind eye to China’s nefarious activity and ambitions,” Sunak stated, as he announced his crusade against China. “I will change this on Day one as PM.”

The bold announcement constitutes an apparent change stance on China by Sunak, who has long been viewed as a pragmatist and proponent of fostering more balanced ties with Beijing instead of ramping up hostilities. Such a stance has even scored the candidate praise from China’s largest tabloid, Global Times, which recently singled him out as the “only one” among the British PM hopefuls, who “has a clear and pragmatic view on developing UK-China ties.” The praise, however, has landed rather poorly in the UK, with the Daily Mail slamming it as an “endorsement that nobody wanted.”