UK planned for NATO-led force of ‘like-minded’ allies to remain in Afghanistan after US troop pullout, defence minister admits 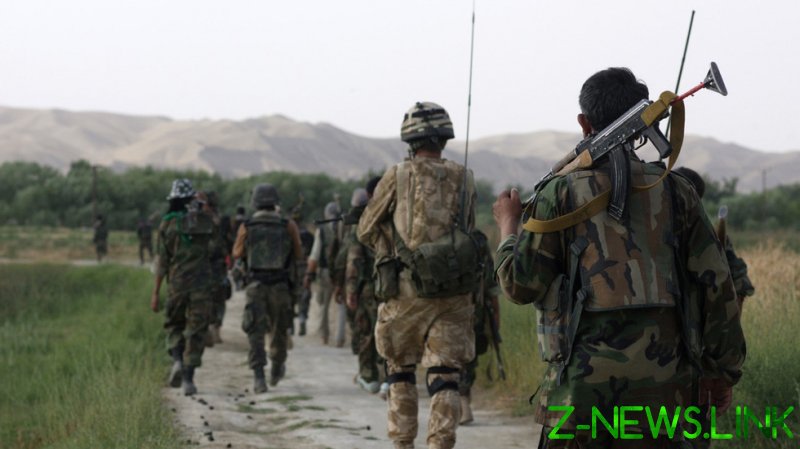 However, “nearly all” of the NATO member states were apparently “not interested” in staying in Afghanistan after US withdrawal from the country this year – as per the terms of the February 2020 peace agreement that was expected to end more than 18 years of conflict.

The deal – struck by the Trump administration and continued by US President Joe Biden – stipulated the pullout of US and NATO troops, among other conditions. But Wallace told the Daily Mail that it would lead to the Taliban returning to power – and another military campaign for British troops.

In recent months, there has been a spate of violence in Afghanistan as Taliban fighters have mounted an offensive and reportedly reclaimed large portions of the country from Afghan security forces.

Under the deal, the Taliban agreed not to attack Western troops. It has apparently abided by this condition. While the troop drawdown was scheduled to be complete by the symbolic date of September 11, it is said to be effectively completed.

However, Wallace has now claimed that the UK tried to plug this vacuum by proposing that a NATO-led coalition lend support to Afghan forces.

“We tried a number of like-minded nations. Some said they were keen, but their parliaments weren’t. It became apparent pretty quickly that without the US as the framework nation it had been, these options were closed off,” Wallace told the paper.

For a time, he added, the government considered going it alone but decided that “putting a force” into Afghanistan “was not viable” since that unilateral intervention would require the UK “take ourselves out of a lot of other places around the world.”

Claiming that the deal with the Taliban had spurred the group to fight on, Wallace stated that it was an indictment of NATO’s lack of long-term vision and had “again… exposed [Western countries] as thinking you fix problems, not manage problems.”

“All of us were saddened, from the prime minister down, about all the blood and treasure that had been spent, that this was how it was ending,” Wallace said.

Two decades after being toppled in the aftermath of the September 11 attacks, the Taliban reportedly controls more than half of the country and is attempting to wrest control of dozens of other provinces.

In the absence of a ceasefire and power-sharing agreement, there have been concerns that the country could be heading for a long-drawn civil war.

Over the weekend, General Richard Barrons, former head of UK Joint Forces Command, told the BBC that the West had “sold the future of Afghanistan into a very difficult place” and described the withdrawal as a “strategic mistake”.

“We will run the risk of terrorist entities reestablishing in Afghanistan, to bring harm in Europe and elsewhere…. I think this is a very poor strategic outcome,” Barrons said.

One of the conditions of the 2020 peace deal was that the Taliban prevent terror outfits from operating in the country.