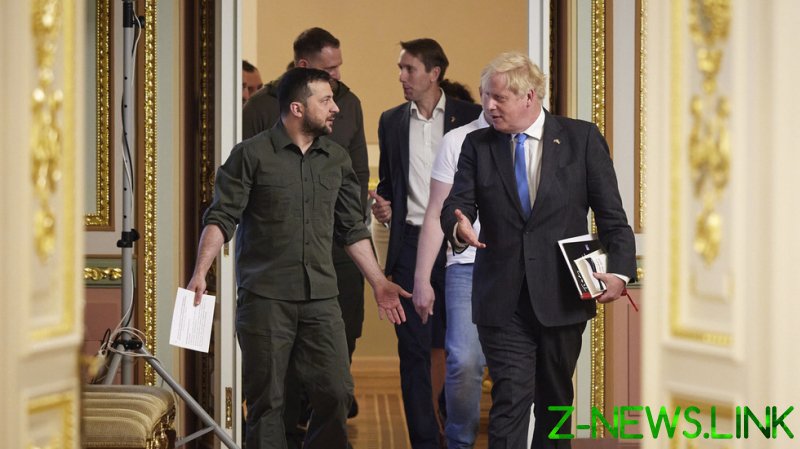 During his visit, Johnson revealed his whereabouts by posting a photo of himself and Zelensky with a caption “Mr President, Volodymyr, It is good to be in Kyiv again.” The prime minister did not come to the capital of Ukraine empty-handed: he brought Zelensky a gift, Robert Hardman’s book ‘Queen Of Our Times.’

The book, however, was not the only thing the British prime minister came to Ukraine with.

“The Prime Minister has offered to launch a major training operation for Ukrainian forces, with the potential to train up to 10,000 soldiers every 120 days,” Downing Street announced in a statement.

According to the prime minister’s office, “the UK-led programme would train and drill the Armed Forces of Ukraine using battle-proven British Army expertise, allowing them to accelerate their deployment, rebuild their forces, and scale-up their resistance as they continue to defend their nation’s sovereignty against Russian invaders.”

Over the program’s duration, each soldier would spend three weeks on the training course, learning battle-winning skills for the front line, as well as basic medical training, cyber-security and counter explosive tactics, Downing Street specified.

If the offer is accepted by Ukraine, the UK will invite international partners to host the program. 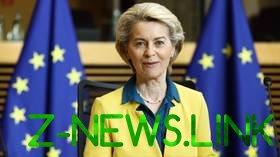 Downing Street is stressing that during its previous training project called Operation Orbital which lasted from 2015 till February this year, the UK instructors trained more than 22,000 Ukrainian personnel.

“The battle-winning skills taught during the seven-year programme enabled Ukrainian forces to launch a ferocious defence against Russia’s illegal and unprovoked invasion,” the statement reads.

Zelensky, who described Johnson as a “great friend” of Ukraine, said that his negotiations with the British prime minister “were as sincere and substantive as possible.”

“We talked about the need to increase the supply of heavy weapons and air defense systems, economic assistance, sanctions pressure on the aggressor, security guarantees for our state. We are preparing for the reconstruction of Ukraine after our victory. We have no doubt that we will win,” he said.

Johnson was the first foreign leader to visit the capital of Ukraine after Russia launched its offensive on the neighboring country. This time the UK prime minister came to Kiev the next day after leaders of Germany, France, Italy and Romania.

The UK has been one of the key supporters of Kiev in its fight against Russian forces. Britain has already pledged more than £1.3 billion in economic and humanitarian support to Ukraine, providing Kiev, among other things, with more than 5,000 NLAW anti-tank missiles, long-range multiple launch rocket systems, and artillery systems.

Russia has consistently warned the West against “pumping up” Ukraine with weapons, saying that it would only prolong the conflict and create more longstanding problems. It also made it clear that it would consider any foreign weapons on the Ukrainian territory as a legitimate target.