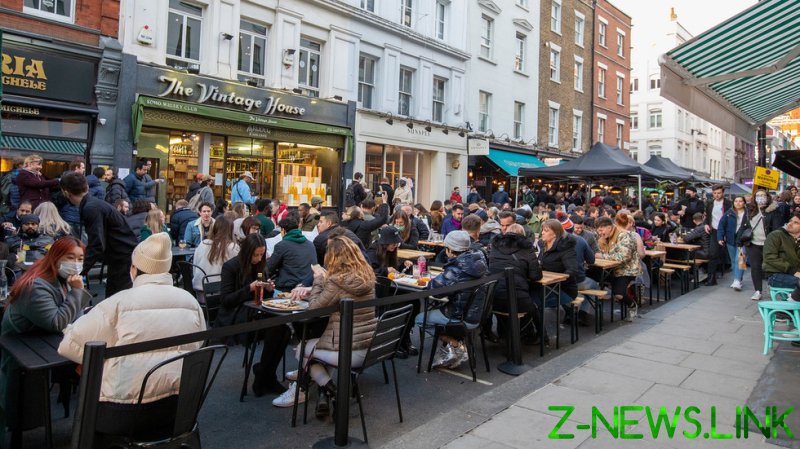 The association’s chairman, Dr Chaand Nagpaul, criticized England’s plan to go ahead with removing all coronavirus restrictions on July 19, heralded by some as ‘Freedom Day’, saying it was “irresponsible” and made no sense to be “knowingly increasing infection”. The comments were made during an interview with the BBC Breakfast programme on Tuesday.

Nagpaul’s comments echo a press release by the BMA on Monday that warned unlocking would be “frankly perilous”. It was published on the same day that Prime Minister Boris Johnson confirmed the government’s move to ease all restrictions next week. The BMA implored ministers to re-evaluate their decision and follow scientific evidence that supports the extension of social distancing, the mandatory usage of masks, and the opting of meeting outside rather than inside to lower transmission.

The Scientific Advisory Group for Emergencies, known as SAGE, which the government has been consulting throughout the pandemic, similarly warned that the decision to remove all lockdown measures abruptly could lead to 1,000 to 2,000 hospital admissions a day and overwhelm the UK’s healthcare system. The predicted figures are similar to January’s hospital admissions, albeit with half the number of deaths.

More than 200 medical professionals and scientists co-signed an open letter citing concerns that data showing it was not safe to unlock fully was being ignored by Johnson and his cabinet. Published in the Lancet medical journal on July 7, it expressed the fear that vaccination alone could not entirely protect people against the dangers of Covid, given that many young people were not yet fully vaccinated or were ineligible as they were under the age of 18.

Recent studies have demonstrated that one dose of Pfizer’s or AstraZeneca’s vaccine provides little to no protection (10%) against the Delta variant of Covid-19, which is 60% more transmissible and is now the dominant strain in the UK, according to Public Health England.

Government figures from 12 July show that 87% of England’s population have received their first coronavirus vaccine, but only two-thirds are fully vaccinated.

Coronavirus cases have risen in the UK exponentially, with infection rates soaring past the 30,000 mark since July 7 – the highest figures since the winter wave at the beginning of 2021. The recent sharp increase in infections has taken the overall record to five million recorded cases since the outbreak of the pandemic. The UK ranks seventh in the world for coronavirus deaths, having amassed one of the highest death tolls in Europe, surpassing Italy and France.