Home / WORLD / ‘UK is not North Korea yet,’ radio host says, after being burned for asking about Prince Philip’s funeral – but some say IT IS

‘UK is not North Korea yet,’ radio host says, after being burned for asking about Prince Philip’s funeral – but some say IT IS 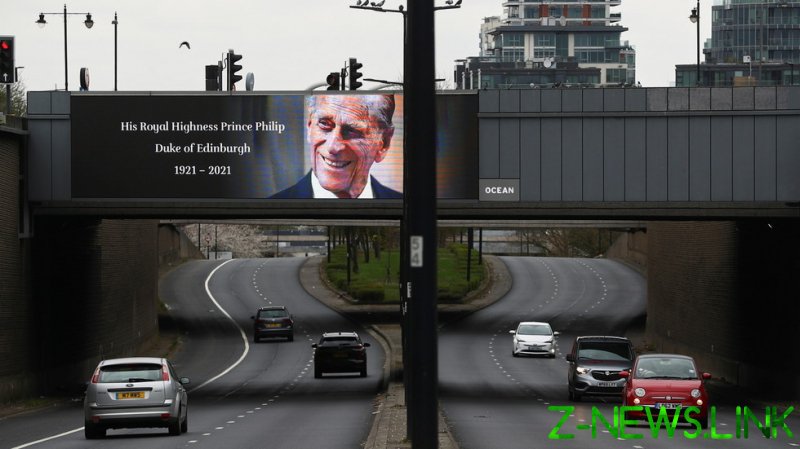 The passing of the longtime husband and consort to the Queen has stirred some deep emotions in the UK and has re-invigorated the debate between those who see the British royal family a cherished element of national identity and those who consider them an obsolete institution. After all, why should blood grant somebody special privileges before the law, opponents of monarchy argue.

One voice coming from the republican side belonged to Julia Hartley-Brewer, the host of talkRADIO and a vocal critic of government restrictions imposed in response to Covid-19 epidemic. As the news of Prince Philip’s death was sinking in, she wondered if his upcoming funeral would be exempt from the usual social-distancing rules.

“Hundreds of thousands who lost loved ones this past year were banned from saying goodbye as they wanted,” she pointed out. “Do the royals get special treatment?”

Buckingham palace will reportedly limit the arrangements to a small ceremony, both because of the epidemic and to follow the wishes of Prince Philip himself, who didn’t want a full state funeral.

The question, however, which was asked on Friday before the plan became public knowledge, was met with a torrent of anger from Twitter. Many commenters found it inappropriate, untimely and disrespectful to the royal family.

On Saturday, the radio host posted a non-apologetic response to her critics, saying those who didn’t like her opinions were free not to learn them. “This isn’t North Korea quite yet…” Hartley-Brewer added grimly.

Incidentally, the name of the Asian country that many Westerners associate with over-the-top public mournings for dead leaders, trended on Twitter in the UK the same day. It was apparently because of the many critical comparisons with what was happening in the UK.

One can see why a person skeptical about the value of royalty would see the resemblance. For instance, BBC Presenter Martine Croxall was noticeably tearful when she announced Prince Philips’ passing on Friday – not unlike how the media in North Korea act on similar occasions.

And by Saturday, the image of the late Duke of Edinburgh replaced the usual Covid-19 public awareness messages on display boards in the UK.

Public displays of grief over deaths of public figures is by no means an exclusive feature of North Korean culture. Historically, dead leaders in Seoul got sent out by weeping crowds just like their counterparts in Pyongyang. And it’s not like people in the West are beyond bursting into tears on occasion, like at the funeral of George Floyd last year.

So, bringing up North Korea by way of criticism of a purely British tradition may be unfair, some people pointed out.