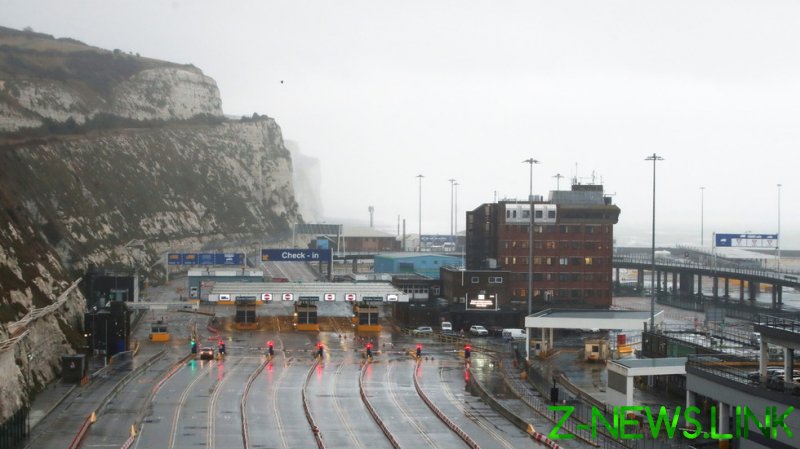 Speaking on Monday, Grant Shapps said that the majority of the UK’s imports from the continent arrive on containers and not accompanied freight, including almost all of the UK’s vaccine supply.

The transport minister contended that the supply chain is “pretty robust” and said that the French ban on hauliers entering from the UK “won’t have an impact on the vaccination programme.”

“To put this into context, there are about 6,000 vehicles we would expect, just under in Dover today, probably 4,000 would have gone across from Dover, just under about 2,000 on the Eurotunnel,” he said.

“But there is probably something like 32,000 units that would have been the daily total, so the vast majority — including virtually all the vaccine — actually comes via container and there are good supplies in the meantime.”

Supplies of the Pfizer vaccine, which the UK has been using to inoculate Britons with for two weeks, come from Belgium, another country which has introduced a travel ban on the UK.

The first batches of the AstraZeneca vaccine, which will reportedly receive regulatory approval before the end of the month, will also be produced on the continent.

Previously, the UK government has had to dispelled fears that a no-deal Brexit would impact the vaccine supply chain.

The Minister’s comments come as several countries introduce bans on people travelling from the UK, including France whose ban extends to prohibit the movement of hauliers for 48 hours, after it was revealed that a new strain of Covid found in Britain is more easily spread.

Speaking on Saturday, PM Boris Johnson told Britons that the new strain of the virus could spread 70 percent quicker than previous variants as he announced a new lockdown for the South East.