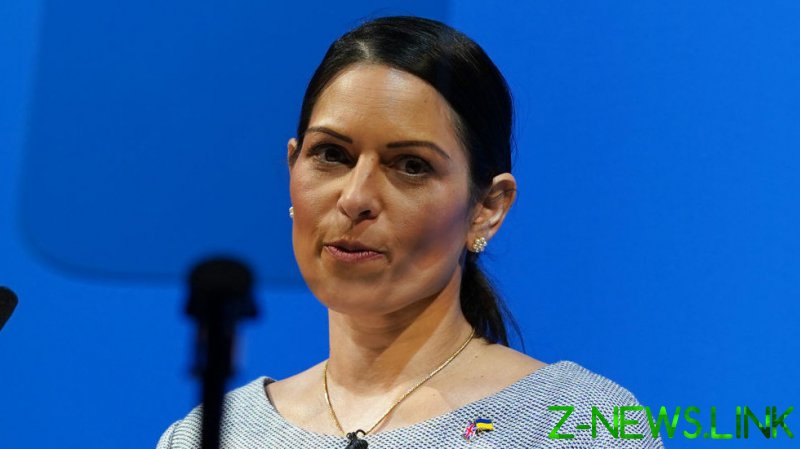 Two Russian phone pranksters released the full video of their call to UK Home Secretary Priti Patel on Friday. In it, Patel calls Russians “barbarians,” promises to step up spying on Russians in the UK, and is tricked into calling the pranksters “incredible heroes” and admits that her own country “plays dirty.”

The duo – real names Vladimir Kuznetsov and Alexei Stolyarov – who call themselves ‘Vovan and Lexus’, set up a video call with Patel last week, in which one impersonated Ukrainian Prime Minister Denis Shmygal. After releasing a teaser clip from the conversation on Thursday, in which Patel said that Britons were fine with Ukrainian “nationalists” settling in their country, the pair released the full 15-minute conversation on Friday.

Patel opened by calling Interpol “feeble” for refusing to suspend Russia’s membership, saying that the UK and its Five Eyes (an intelligence alliance comprising Australia, Canada, New Zealand, the UK, and the US) colleagues would continue to push for Russia’s “blanket suspension” from the international policing organization.

Britain would do this, she said, “because of the barbarians that the Russians are.”

Patel and the fake Ukrainian PM talked about newly-passed British legislation allowing for the seizure of assets from Russian billionaires in the UK, and when the pranksters asked whether she’d support making this property available to Ukrainian President Volodymyr Zelensky, Patel replied that she “absolutely” agrees with the sentiment, saying “we want justice for Ukraine and justice for Ukrainians.”

Patel then seemingly admitted to collaborating with Bellingcat, a supposedly “independent” investigative outlet which Russia has long accused of being operated by Western intelligence agencies. “Our approach is very clear in terms of the organizations we work with,” she said, adding that these organizations help her government “stand up for real facts.”

The pranksters suggested that Patel could step up security checks on Russian students coming to the UK “in a special way,” by asking them to denounce Russian President Vladimir Putin or state their position on Crimea.

“That’s absolutely right,” Patel replied. “We have some of the finest security checks, and working with our agencies that’s effectively the approach we are taking.”

“We have some very very specialist work taking place on this right now, which clearly we can’t go into much detail on,” the home secretary continued. 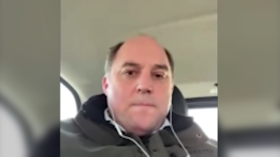 After asking Patel to say the nationalist slogan “Glory to Ukraine,” the pair then tricked her into saying a Russian phrase that roughly translates as “Britain plays it dirty,” before she gave a shout out to the pranksters themselves, whom she was told were Ukrainian war heroes.

“Vovan and Lexus, incredible heroes, thanks to them for the work that they have been doing to fight for an independent Ukraine,” she stated.

Patel is not the only British government official duped by the pair in recent days. In another teaser clip recorded last week and posted on Tuesday, the pair spoke to British Defense Secretary Ben Wallace. Again posing as Shmygal, one of the two attempted to talk Wallace into helping Ukraine develop nuclear weapons. Wallace was enthusiastic, but did not give an official affirmation.

Downing Street has accused Vovan and Lexus of working for the Russian state, calling their prank videos “standard practice for Russian information operations.” The pair have consistently denied working for the Kremlin, insisting their work is purely media in nature.