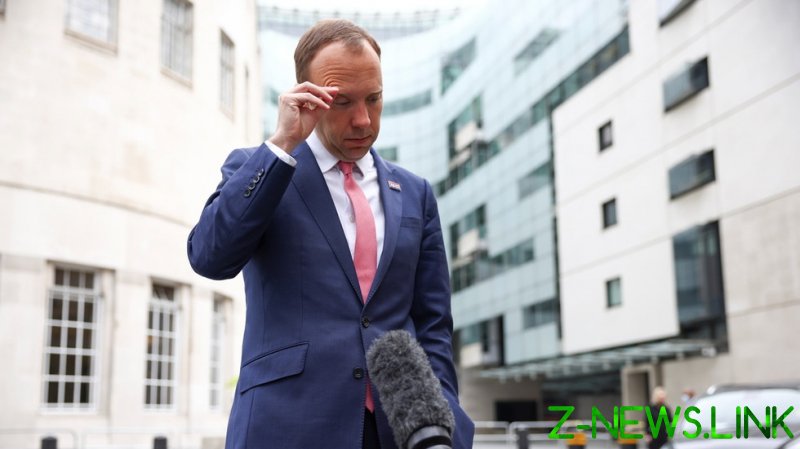 Downing Street has decided that an inspection of Hancock’s private email account was “neither necessary nor proportionate.”

However, the government has acknowledged that Hancock – who resigned last month after being caught on camera smooching with an aide, leading to allegations that he violated his marriage vows, as well as his own social distancing guidelines – had used his personal email to carry out official business.

The move comes after the Good Law Project, a public advocacy group, argued that Hancock’s emails should be reviewed, following an April court decision which ordered Downing Street to disclose documents and correspondence relating to several ministers’ knowledge of a scheme that granted PPE contracts to suppliers with political links to the Tory government.

Downing Street responded by arguing that it had already reviewed more than 1.4 million documents associated with Hancock and several other senior government officials in response to the court order, and found nothing to indicate that it would be “necessary” to review the ministers’ private emails.

Good Law Project director Jo Maugham described the government’s position as “bizarre” and suggested that Downing Street was likely afraid of what it might find if Hancock’s private emails were searched.

“We are left with the farcical situation of Government behaving like the three wise monkeys, declining even to look at what business private email accounts were used to conduct,” the charity organisation said in a separate statement.

She told the BBC that emails sent and received by current and former ministers “must be secured” for any future public inquiry into the handling of the Covid crisis. The Cabinet Office declined to comment on the matter.

A full audit of Hancock’s personal email account would shine a light on reports alleging that the ex-health secretary was highly secretive about how he approached decisions related to the pandemic. In an explosive report from late June, the Sunday Times alleged that Hancock had relied almost exclusively on his private email for making important decisions, including negotiating PPE contracts, organising the country’s test-and-trace programme and supervising the controversial strategy to move Covid patients into care homes in the early months of the health crisis.

According to the paper, Hancock did not even have an official email account and worked exclusively through a personal Gmail address. As a result, the government reportedly lacks a concise record of much of the ex-secretary’s decision-making that guided the UK’s response to the coronavirus outbreak.

Ministers are not barred from using private accounts to conduct their work, but current guidance calls for messages to be copied to Whitehall servers if they involve “substantive discussions or decisions generated in the course of conducting government business.”