UK govt says ‘every effort was made’ to destroy papers naming Afghan embassy workers, amid anger over ‘data protection blunder’ 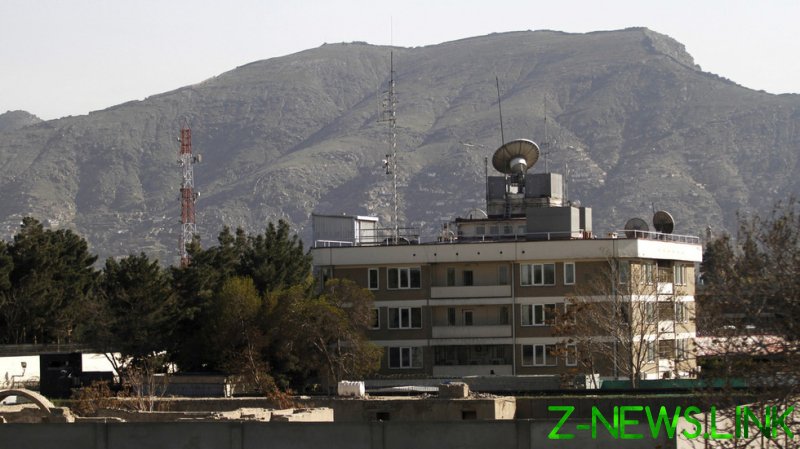 On Thursday evening, the Times claimed that its journalists had found papers identifying Afghan staff at the British diplomatic mission, as well as job applicants, inside the now-abandoned Kabul embassy. The papers were found by the reporters as Taliban troops patrolled the building and posed with abandoned treasures.

According to the Times, documents found in the embassy on Tuesday identified seven Afghans. Phone calls to the numbers detailed on the papers revealed that some of them and their families remained in the war-torn country, on the wrong side of the Kabul airport fence.

The story has shocked many, with some asking how incompetent the Foreign Office must be to put its own Afghan staff at risk of reprisals from the Taliban regime.

“Are we deliberately trying to get people killed?” one person asked on social media, questioning the ability of the Foreign Office to keep people safe. Another asked how the embassy staff could be so “stupid,” claiming the first thing they should have done is to shred documents or take them with them. “Shouldn’t be surprised documents also left at bus stops and on trains,” they added, a reference to the occasional penchant of British state officials for leaving classified documents in public places.

One Twitter user labelled it a “Data Protection blunder of the highest order,” adding that “Heads must roll.” Another called it “a terrible indictment” of the Foreign, Commonwealth and Development Office (FCDO), noting that such logistics and management issues are the basics of every diplomatic endeavour.

Others said the report highlighted that the British government clearly “doesn’t care” about the Afghan people and their fate under the new regime. “As a nation, can we be any more irresponsible towards people to whom we owe a debt of honour?” one user inquired.

The FCDO responded to the report on Friday, stating that an inquiry will take place and insisting that “every effort was made to destroy sensitive material.” A source in the government said they had thanked the Times for sharing their report, and claimed that the staff and their families who were identified as being left outside Kabul airport were found and rescued.

The fate of at least of at least two job applicants, whose details were among those strewn around the embassy, remains unknown.

The British government said on Thursday that it had evacuated a total of 13,146 people from Afghanistan since the Taliban captured Kabul, and vowed to continue its operations despite increased security concerns following two deadly Islamic State suicide bombings that same day.

A statement from the Ministry of Defence on Friday said the UK had entered the final stage of its evacuation efforts from Kabul, adding that “no further people will be called forward to the airport.”