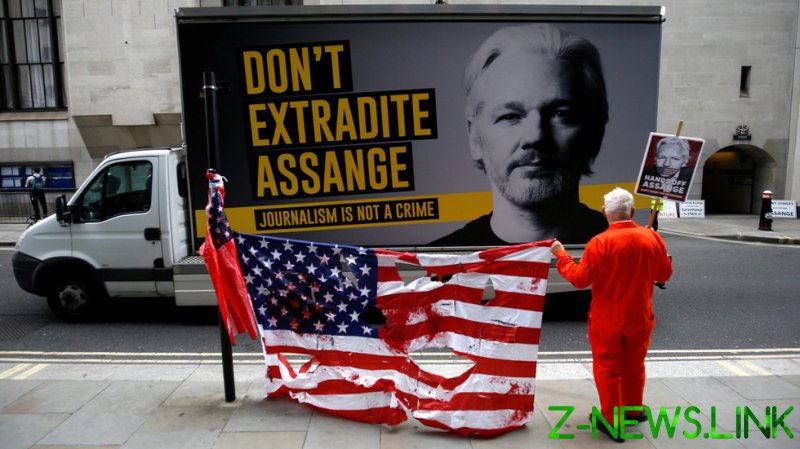 A decision by a British court on Assange’s extradition to the US, where he is wanted on espionage charges over his leaks of classified documents, is to be announced on January 4, 2021.

But Rogers, speaking to RT’s Going Underground, believes the upcoming ruling is quite easy to predict. UK authorities will “continue as they do – poodles as they are – to follow the instructions of Washington DC, which will be exactly the same, I suspect, from Joe Biden as they were from Donald Trump,” he said.

The whole extradition trial, which took place in London in the autumn, was “completely a setup job,” Rogers argued.

Assange’s legal team will, of course, appeal the ruling, and the proceedings will drag on, keeping the publisher locked up at the high-security Belmarsh prison “where he’s at so much risk,” the rock star and activist pointed out.

Serious concerns over the WikiLeaks founder’s health have been repeatedly raised, with a UN special rapporteur saying previously that there were signs the journalist had been subjected to “psychological torture” during his incarceration.

“The powers that be are hoping that Julian will die in prison,” Rogers told Going Underground host Afshin Rattansi.

Authorities in the UK “take no notice of the universal declaration on human rights… or law, or justice” by keeping Assange, who “committed no crime except a minor bail infringement,” behind bars, he added.

Rogers has long been a strong critic of Trump, but he’s not too excited about him being replaced in the White House by Democrat Joe Biden, who last year labelled Assange “a high-tech terrorist.”

“Biden is the servant of the oligarchy of the US. He’s not to be trusted,” he warned.

The president has changed his hat or his name. He’s called ‘Biden’. He was called ‘Trump’. The policies aren’t going to change.

Indeed, the only likely changes will be superficial, as Biden “won’t be quite as vile in public as Donald Trump was,” the Pink Floyd co-founder suggested.

“Who knows, maybe in four years’ time the DNC [Democratic National Committee] will wake up and will support a candidate that represents the needs and aspirations of ordinary working American people,” he added.