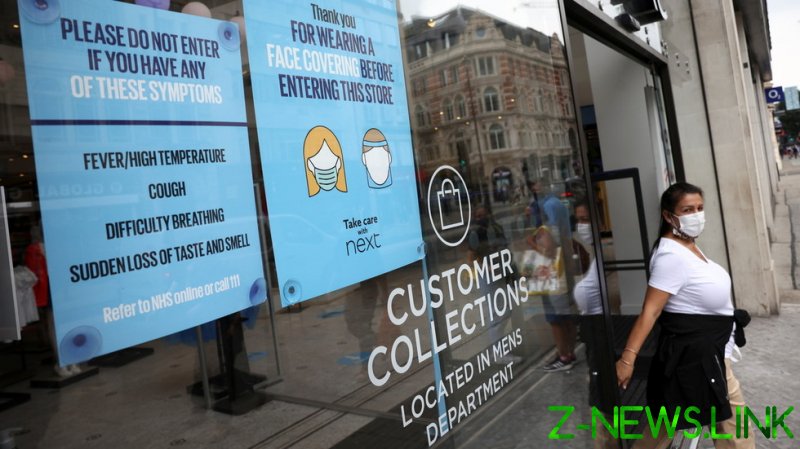 A Friday report by the Scientific Advisory Group for Emergencies (SAGE) looked at a series of hypothetical scenarios related to Covid-19 variants, finding it a “realistic possibility” that a mutation could appear with a case fatality rate comparable to SARS (10%) or MERS (35%), both of which belong to the coronavirus family.

While the body said that existing vaccines would remain effective against “serious disease” from such a variant short of “significant drift” or change in the virus’ spike proteins, it nonetheless added that “an increase in morbidity and mortality would be expected even in the face of vaccination,” as the jabs do not “fully prevent infection in most individuals.”

The report suggested a number of ways to deal with a more deadly mutation, including “vaccine booster doses to maintain protection against severe disease,” as well as measures to limit the introduction of new variants from abroad.

SAGE also considered the likelihood of a variant that “evades current vaccines,” saying that could occur in several different ways. The most likely cause would be a form of genetic variation known as “antigenic drift,” which happens when a virus mutates to a point when antibodies that prevented infection caused by previous strains no longer work.

The panel deemed that “almost certain” to happen to some degree. A “worst case” scenario described in the paper might happen when the immune system will no longer be able to produce antibodies for new emerging variants, either due to its past contact with the virus or as result of “previously experienced vaccines.” Such a doomsday scenario would make it “difficult to revaccinate” patients, however the researchers concluded that outcome is “less likely.”

The same agency released a separate report on vaccines on Friday, which found that immunity is “highly likely” to diminish over time, suggesting “there will be vaccination campaigns against SARS-CoV-2 for many years to come.”

However, the report on variants also noted the coronavirus could follow an evolutionary path that sees it become more transmissible but less virulent, with SAGE drawing a comparison to “common colds.” It added that while this is “unlikely in the short term,” it could later become a “realistic possibility” as the virus fully adapts to its human hosts

SAGE concluded that the UK should continue to “proactively support” a global vaccination drive, saying that could help to reduce the likelihood of “dangerous variants emerging in other parts of the world,” while also urging for increased investment in viral surveillance to keep tabs on new mutations.

To date, the UK has tallied some 5.8 million coronavirus infections and just shy of 130,000 fatalities, according to data compiled by Johns Hopkins University. While the country saw a lull in cases over the spring, summer has brought a new spike, which officials attribute to the more contagious Delta variant first observed in India. Daily deaths have topped 100 several times over the last week, also marking an increase compared to spring, as new cases per day remain in the tens of thousands.

Despite the recent surge, however, the British government moved ahead with a grand reopening earlier this month, lifting most of its Covid restrictions after imposing months of crippling lockdowns and business closures. Prime Minister Boris Johnson has defended the move as necessary, but nonetheless urged Britons to exercise “all the right prudence and respect for other people and the risks that the disease continues to present.”