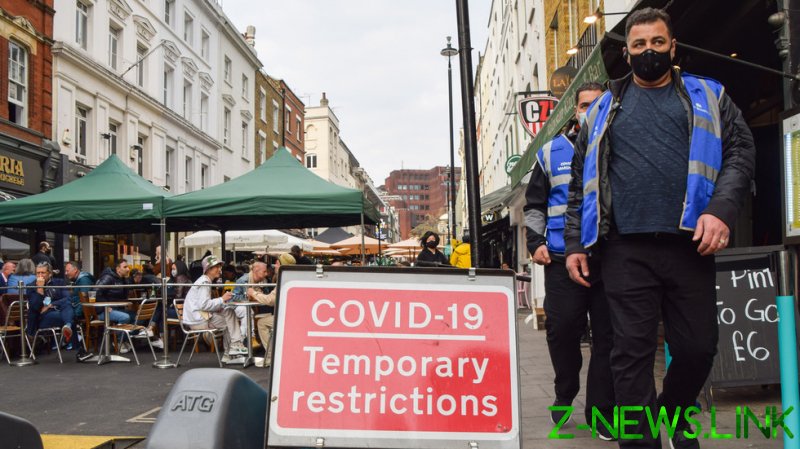 Sajid Javid’s elevation to UK Health Secretary ushered in a new tone on the part of all government ministers in respect of coronavirus. In a flash, the ambiguity and equivocation that had typified official statements about lockdown for so long vanished, and swaggering confidence about a full and permanent reopening of the country in the very near future became de rigueur across every Whitehall department.

“We must learn to live with Covid,” Javid forcefully asserted on June 28, the same day he assumed the post. This bullishness hasn’t faltered since, despite a backlash from some sections of the scientific community, and a not insignificant amount of public support for certain restrictions enduring, perhaps permanently. On July 12, he confirmed that the country was pushing full steam ahead with its unlocking roadmap, with all businesses free to reopen and all limitations on human contact over in a week’s time.

“We’ve all been yearning to get there, and we all want this to be a one-way journey,” Javid told the House of Commons.

However, an official guide to “moving to step four of the roadmap” – i.e. a full cessation of pandemic restrictions –quietly published the previous Saturday– is far less strident and optimistic.

For one, it reveals that, in September, the government will “undertake a review to assess the country’s preparedness for autumn and winter, which will consider whether to continue or strengthen public and business guidance” in the lead-up to December, “including on face coverings and test, trace and isolate,” and with “remaining regulations” also to be assessed.

In other words, it’s sensible to expect another lockdown before 2021 is over.

There have of course been numerous insinuations over the past six months that a true return to normality isn’t in the offing anytime soon. For example, in explaining the postponement of “freedom day” in June, Prime Minister Boris Johnson suggested the UK could be in for a “rough winter for all sorts of reasons,” as there might be “some new diseases, some new horror that we simply haven’t budgeted or accounted for” on the horizon as yet unforeseen.

Still, black-and-white confirmation that whatever freedom is achieved on July 19 will be short-lived, and subject to change further down the road, can only be considered a perturbing disappointment. Even more disquieting, though, is the section of the document relating to the NHS COVID Pass, or “vaccine passport.” It states Whitehall will be “encouraging and supporting businesses and large events” to use the Pass in “high-risk settings” to “help to limit the risk of infection.”

“The government will work with organisations that operate large, crowded settings where people are likely to be in close proximity to others outside their household to encourage the use of the NHS Covid Pass,” the passage continues. “If sufficient measures are not taken to limit infection, the government will consider mandating the NHS Covid Pass in certain venues at a later date.”

It was only in May that citizens were told in no uncertain terms there was “no chance” UK laws would be changed to mandate the use of vaccine passports, with plans to that effect having been unambiguously scrapped. This new protocol could, however, make vaccine passports a fait accompli, achieved via the backdoor, with culpability for the volte face deposited squarely on the shoulders of “businesses and large events” and their patrons for not responsibly taking “sufficient measures” to “limit infection.”

A similar carrot-and-stick approach was evident in an announcement made by French President Emmanuel Macron the same day Javid spoke of a “one-way journey.” He outlined how, as of August, anyone over the age of 12 entering a café, cinema, cultural centre, hospital, museum, restaurant, theatre, theme park, or train in France will need to possess a special Covid health pass. Perversely, Macron was also keen to stress that “vaccination is not immediately obligatory for everyone.”

Essentially, no one’s forcing you to get vaccinated – it’s just that most spheres of daily life and activities, both indoor and out, will be entirely off limits until you do. The Catch-22 situation the UK government is subtly contriving in order to impose vaccines, and vaccine passports, on the public seems particularly insidious, given official data indicates that 87% of England’s population aged 18 and over have received their first vaccination, without the clear threat of not being able to enjoy drinks with friends in a pub, among other mundane exploits, hanging over them.

Moreover, the experience of Israel shows that vaccine certificates quickly become redundant – in fact, it was just three months after Tel Aviv made a “green pass” mandatory for accessing indoor spaces that they were scrapped. After all, as the policy had served as such a stirring incentive to get vaccinated, all Israeli adults had received both doses by April, meaning there was no need to inspect anyone’s pass.

One needn’t be a cynic to suggest that darker motives lie behind the push for vaccine passports. The dire surveillance implications of such a resource were starkly outlined in an April briefing note from civil liberties organization Big Brother Watch, which cautioned that COVID certificates “would become de facto identity cards if they were introduced, and would likely be retained and expanded in purpose and data over time,” marking “a profound impact on citizens’ right to privacy in the modern context.”

“The UK has a proud history of opposition to identity systems and personal checks. COVID-status certificates would turn the UK into a two-tier, checkpoint society and mark a serious break from our long-guarded democratic traditions, of which respect for privacy is key,” Big Brother Watch warned. “The combination of apps with sensitive health data and the subversion of everyday businesses and events into checkpoints could constitute the biggest expansion of surveillance ever seen in the UK.”

Evidently, for all Downing Street’s newfound cheerfulness and libertarian rhetoric, the nine most terrifying words in the English language very much remain, “I’m from the Government, and I’m here to help.”