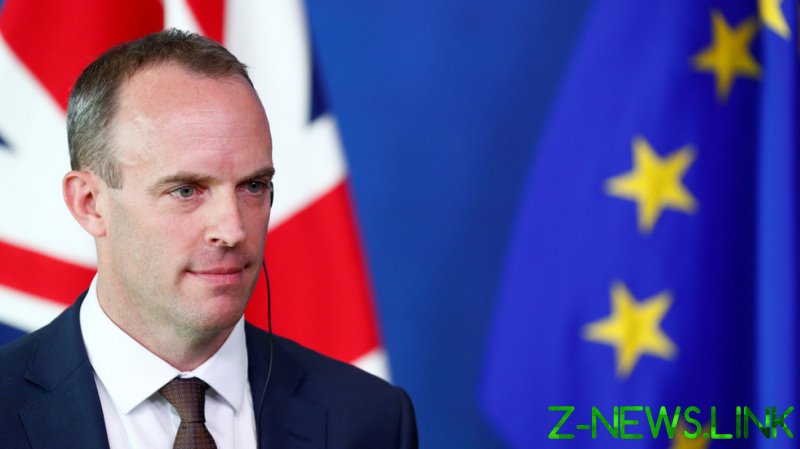 “I do think we’re in a reasonable position, there’s a deal to be done,” Raab said on Sky News on Sunday.

There’s been more “respect” of London’s stance from Brussels in recent weeks, he added.

The sides were able to achieve progress on issues like competition, but fishing rights remained a stumbling block during the talks, according to the foreign secretary.

“We are an independent, coastal state — we’ve got to be able to control our waters,” he insisted. Adding however, that the UK understood the impact of this issue on other European nations, suggesting that a transition period could be a compromise.

I think we’re into the last week or so of substantive negotiations.

But he declined to put a percentage on the likelihood of an agreement, saying that “to be honest with you, the EU do shift the goalposts.”

Britain is set to exit the European Single Market and European Customs Union on January 1, 2021. If it leaves without a deal, the UK will have to do business in line with World Trade Organization (WTO) rules, which may well trigger a spike in prices in the country.