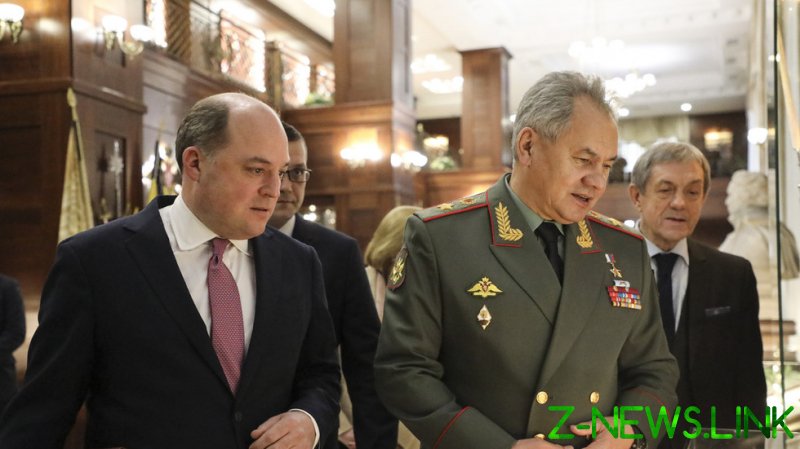 UK Defence Secretary Ben Wallace, who has just returned from a trip to Moscow, said that he believes it’s “highly likely” that Russia moves to invade Ukraine, even if the former has categorically denied any such plans.

Speaking to the Sunday Times, Wallace cited the alleged build-up of the Russian troops near the border with Ukraine and argued it was a telltale sign that Moscow could “launch an offensive at any time.”

He appeared to liken a series of meetings and calls between top Russian officials and their western counterparts to an attempt to placate an aggressor, drawing parallels between the current geopolitical tension over Ukraine and the situation in Europe before the WWII.

“It may be that he [Putin] just switches off his tanks and we all go home but there is a whiff of Munich in the air from some in the West,” Wallace said in an apparent reference to the Munich Conference between Germany, Italy, France, and Great Britain in 1938, which paved way for Germany’s annexation of the part of former Czechoslovakia.

Wallace’s interview came out shortly after he met with Russian Defence Minister Sergey Shoigu in Moscow on Friday. Wallace described the meeting – the first between the countries’ defence ministers in years – as “constructive,” while his Russian counterpart noted that the cooperation between London and Moscow was almost non-existent.

Speaking immediately after the talks, Wallace said that he “heard clearly from the Russian government that they had no intention of invading Ukraine.” He added that there was “absolutely no deafness or blindness” in his dialog with Shoigu.

On Saturday, the UK announced that it would remove all troops from Ukraine amid concerns of “a conflict” breaking out. The day before London urged all its nationals to leave Ukraine.

Moscow has repeatedly denied that it harbours any intention to invade Ukraine, dismissing reports to the contrary as fake news.